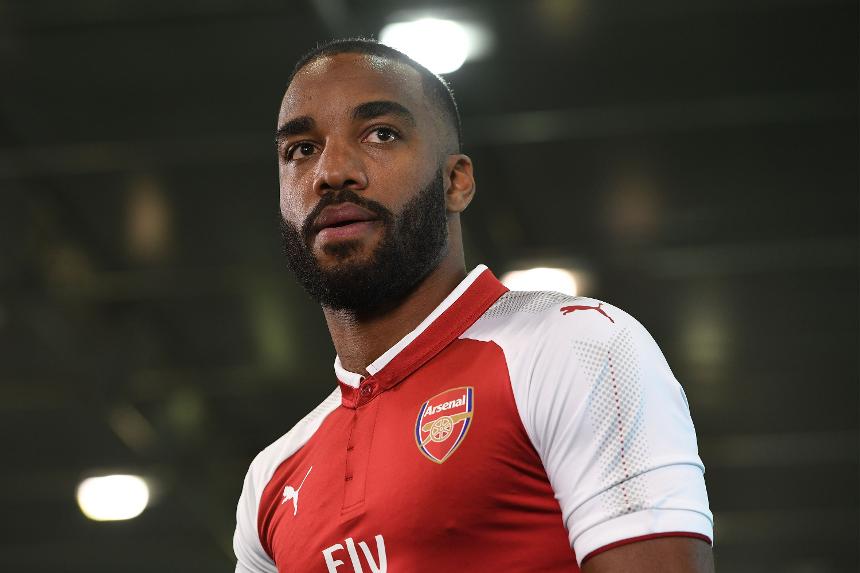 Behind the scenes at Lacazette's photoshoot External Link

Lacazette: I always dreamt of playing for this club External Link

Alexandre Lacazette is set to have a major impact on our Fantasy Premier League seasons.

Arsenal’s new striker arrives having scored 28 league goals from 30 appearances with Lyon in 2016/17.

He averaged a shot every 28.6 minutes last season.

But encouragingly for FPL managers, Lacazette's conversion rate of 33.3% was higher than any forward in Fantasy.

The Frenchman’s outstanding potential in Fantasy is also boosted by his ability from the spot.

He has scored 23 of 28 career penalties and would seem set to take over from Alexis Sanchez.

Lacazette can also be a source of creativity for managers.

Although he provided only three assists with Lyon last season, he supplied a key pass every 47.2 minutes.

That was more frequent than Manchester United’s Zlatan Ibrahimovic (51.9), who provided seven assists and topped the ranks for ICT Creativity.

A high energy player, Lacazette also won 31 tackles in 2016/17. This was more than any FPL forward.

If he can keep that up it will boost his Bonus Points System (BPS) tallies.

Without UEFA Champions League football, Arsene Wenger is given the opportunity to preserve his strongest XI.

That should give Lacazette regular starts in the lone striker role in Wenger’s 3-4-2-1 formation.

With an FPL price tag of around £10.0m, the new arrival will challenge Sanchez as Arsenal’s greatest source of points.

He will also vie with Jesus and Kane for a spot in our three-man frontlines.

That hands Lacazette an early opportunity to rank alongside FPL's elite forwards.

See: Why Lejeune can pick up extra points﻿