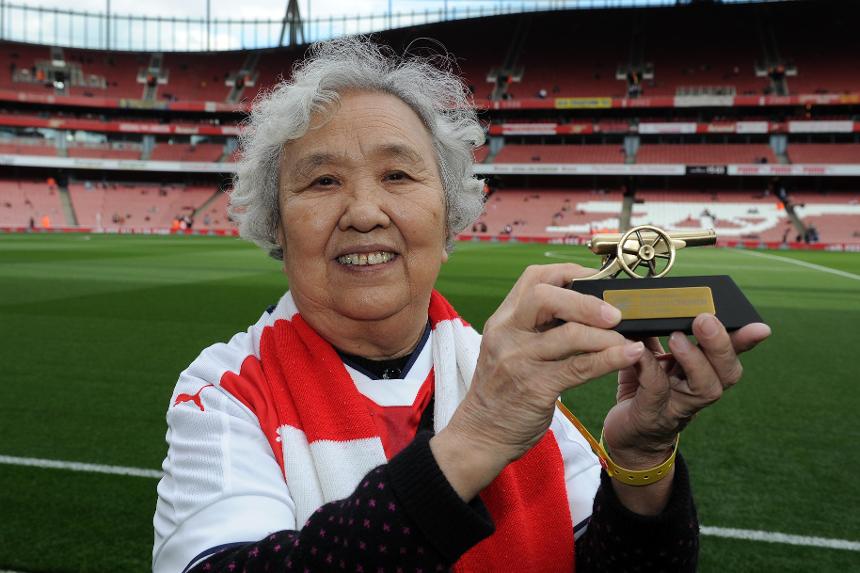 A 79 year-old grandmother was named the winner of a VisitBritain competition to find China’s biggest Premier League fan this season.

Passionate Arsenal fan Hong Wen Liu, known as 'Granny Liu', was delighted to win a football-themed trip to the UK. The trip from her home in Shanghai included VIP seats to an Arsenal match at the Emirates, meeting players and a tour of the training ground.

Fans in China categorise the Premier League as a fast-paced, exciting and passionate league, which above all is competitive throughout the season and between all clubs.

With football being the number one sporting draw for tourists to Britain and Chinese visitors spending £586 million in 2015, Granny Liu is certainly part of that growing appeal.