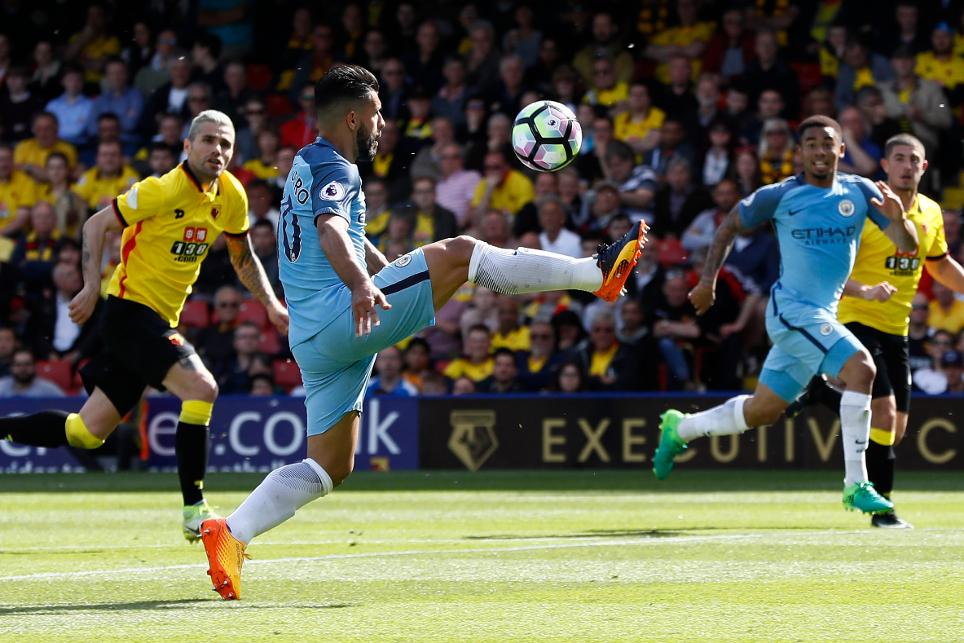 But forward rival Sergio Aguero (£12.7m) was not to be silenced.

Valued at a lofty £13.0m at the start of the season, the Manchester City striker takes his place alongside Kane in the elite’s frontline after ending the campaign with 16 points in the defeat of Watford at Vicarage Road.

Fully fit and back in the reckoning for FPL managers, the Potters goalkeeper earned a first Dream Team call-up courtesy of his clean sheet and six saves in the shutout of Southampton at St Mary’s Stadium. Butland will be a strong and popular option between the posts for 2017/18.

A third goal in seven appearances in the 5-0 win over Watford handed the Belgian a second Dream Team appearance. Kompany averaged 7.7 points per match (ppm) over his last seven Gameweek starts, highlighting his potential for the next campaign.

His cross for Peter Crouch (£4.4m) to head the winner at Southampton earned Cameron a first assist, laying the platform for a Dream Team debut. Cameron also benefitted from a clean sheet and maximum bonus points to record a 12-point tally.

The 20-year-old produced an impressive performance on his debut in the 2-0 win over Crystal Palace. Helping the Red Devils to a 17th clean sheet of 2016/17, Mitchell registered two key passes and claimed two bonus points to edge into the weekly XI.

The box-to-box midfielder ends the season in devastating form, building on the 11 points accrued in Gameweek 37 to record a goal and assist in the 3-0 win over Middlesbrough. Wijnaldum’s season-high score of 14 points guides him to a second Dream Team berth.

A solid display.@GWijnaldum - your @carlsberg Man of the Match! 👏 pic.twitter.com/PcfLeNuiEa

A first double-digit score of the season helped the Ghanaian to his Dream Team debut. Ayew produced a goal and an assist in the Hammers’ 2-1 win at Burnley, ending the campaign with five goals and three assists from his last 13 matches.

The Spurs enforcer gains a second Dream Team call-up following a goal and an assist in the 7-1 win at Hull City. Wanyama finished the season with two goals and a pair of assists in his last three appearances.

Recalled for his first start since Gameweek 34, Pogba produced a goal and an assist in a 44-minute appearance to secure just his second Dream Team call-up. A total of 12 points against Crystal Palace was only the third time that the Frenchman has produced double-digits.

A 17-point haul on Humberside ensured a ninth selection, equalling Arsenal’s Alexis Sanchez (£11.7m) for Dream Team call-ups. Securing his second consecutive Golden Boot award with 29 goals from 30 matches, Kane looks set to be the most expensive and sought-after FPL asset next term.

A brace from Aguero, together with an assist and maximum bonus points, helped Man City ease past Watford. Aguero ends the season with six Dream Team call-ups but could go into the new campaign competing with Gabriel Jesus (£9.1m) for the attentions of FPL managers.

The target man maintained his prosperous end-of-season form with a goal and assist in the Swans’ 2-1 victory over West Bromwich Albion, securing a fifth Dream Team appearance. With 15 goals and three assists, Llorente claimed top spot for value in terms of points-per-million (23.2) among FPL forwards.

See: Exclusive interview with the winner of FPL