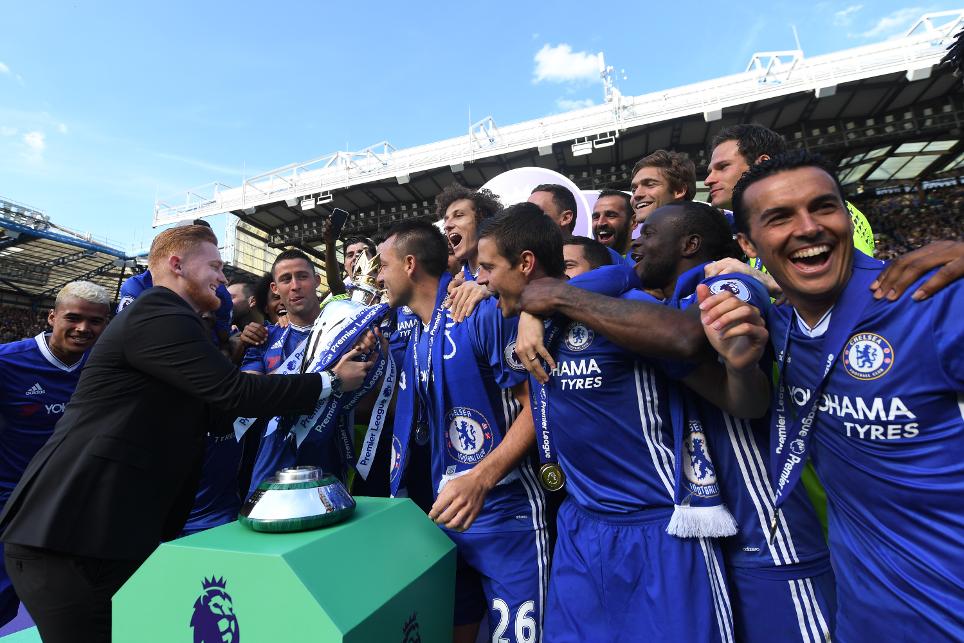 Trophy to be presented by Chelsea Kicks Hero External Link

When Chelsea's John Terry and Gary Cahill lifted the Premier League Trophy at Stamford Bridge on Sunday 21 May, a very special guest presented it to them.

Tom Horrigan is a Chelsea Foundation coach working in south London and had the honour of handing over the trophy in the 25th season to recognise being named the club's Premier League Kicks Hero.

Speaking before his big day, Tom said: "I am very excited and nervous. Not a lot of people can say they have the chance to present their club with the Premier League Trophy, it's going to be very special.

"It's gone through the whole family. It will get told to generations. I will enjoy the whole day and I will treasure it and it's all down to PL Kicks."

Tom's Premier League Kicks story began nine years ago, when he was 12, and he started attending a scheme run by the Chelsea Foundation in Putney, south London.

"It was right next to a youth club which we went to," he says. "I saw the session going on and saw the Chelsea coaches and it caught my attention.

"It was really fun and that's why I came back. I enjoyed it a lot."

Tom soon became a regular, attending sessions three times a week and he started seeing that the programme was not just helping him on the pitch.

"It kept me out of trouble," he says. "I had a few friends that were getting into a bit of trouble, arguments and things like that, but I didn't because I was playing football."

After six years of being a participant, Tom was asked to help at the sessions as a volunteer.

"I was so happy when they asked me. I didn't do too well at school so I didn't know what I was going to.

"I thought, 'If I grab this with both hands, then it could lead to a football career.' "

He completed his FA Level One and Two qualifications and so impressed as a volunteer that within 18 months he had a full-time role with the foundation, helping young people on PL Kicks as well as delivering PE lessons in schools.

"There are loads of things going on right now, as we all know and to have an impact, even it's just one person's life, feels good," he says.

"We have got 40 kids down at the PL Kicks session on a Thursday night. If we weren't here, who knows what they would be doing.