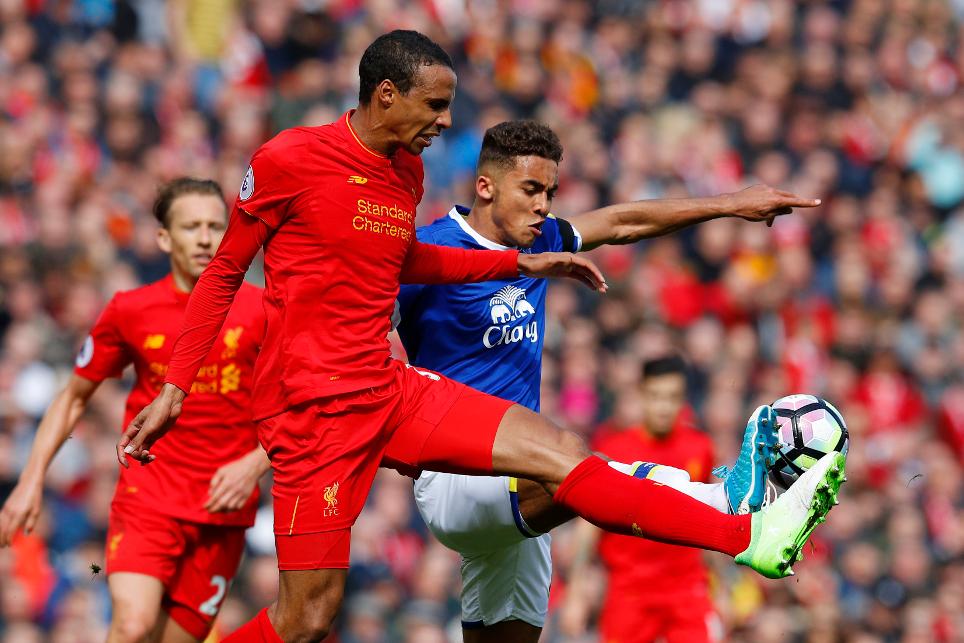 With four clean sheets from their last five Gameweeks, Fantasy Premier League managers should be reassessing Joel Matip (£5.3m) and the Liverpool defence.

Jurgen Klopp’s men have kept out West Bromwich Albion, Watford, Southampton and West Ham United in recent matches, and will next face a Middlesbrough side who have failed to score in nine of their last 11 away trips.

The top-four race is going down to the last day. 🔢

Matip has the potential to capitalise on that form with points from clean sheets, but can also offer FPL investors an almost peerless goal threat.

Only Chelsea’s Marcos Alonso (£6.9m and 25) has registered more penalty-area shots than Matip (24) among FPL defenders over the season.

His eye-catching numbers have translated into a single goal for Matip in a 4-2 win over Crystal Palace back in Gameweek 10.

But with only Burnley (59) conceding more headed chances in away matches than Boro (52), Matip, who struck the bar at West Ham United in Gameweek 37, could take advantage.

His 48 clearances, blocks and interceptions (CBI) over the last six Gameweeks is more than any other Reds defender and is key to his power in the Bonus Points System (BPS).

But despite building an outstanding case for consideration, it is his defensive partner Dejan Lovren (£4.8m) who is proving the more popular acquisition in the FPL marketplace.

The Croatia international is the most-bought defender since Friday’s deadline, attracting 10,000+ new owners, while Matip has been drafted in by 6,500+ managers.

Available at £4.8m, Lovren provides a cheaper alternative and boasts a slightly higher ownership as part of 4.3% of squads compared with 2.2% for Matip.

The pair undoubtedly provide the potential to deliver as defensive differentials on the final day. But Matip's propensity to secure bonus points, along with his superior goal threat, suggests that he is the more likely to provide the big final-day score that FPL managers crave.