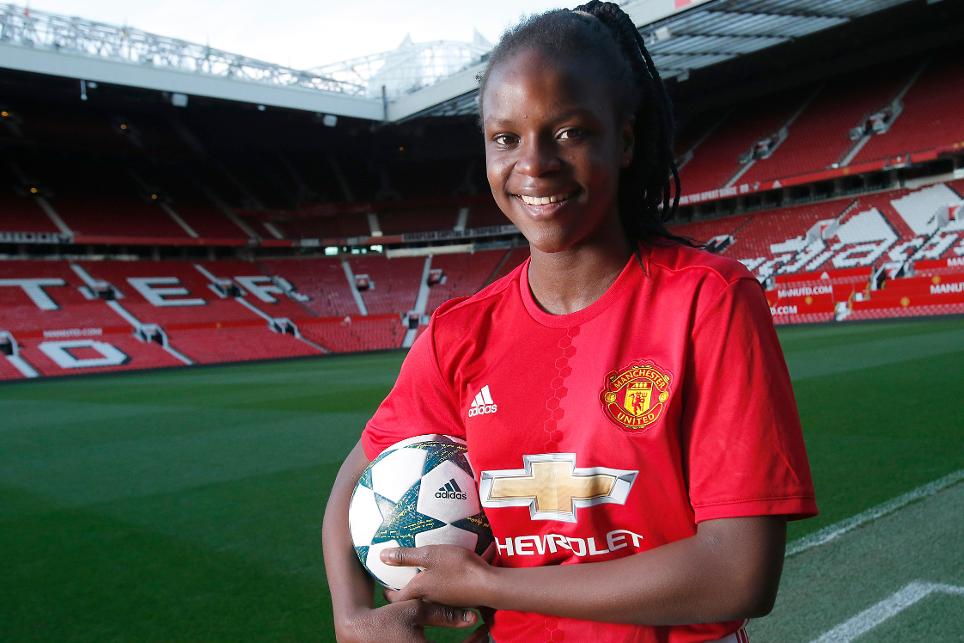 'Playing football is difficult but I get on with it'

When Maria left Portugal with her family, she had never kicked a ball and had to learn a new language.

"I moved to the UK when I was 10 years old and I couldn't speak any English at all," she says. "I had never played football before.

"My life was really different in Portugal. I had started doing athletics as my uncle was friends with a running coach.

"There weren't really any footballing opportunities in Portugal for girls like there are here."

In our final #UnitedandMe film of the season @manutd Girls striker Maria talks about her journey with @MU_Foundation. #UnitedandMaria pic.twitter.com/iusO7Uv9zk

Although Maria says the move "changed her life for the better", it was more difficult for her family.

"For my parents it was a real struggle, mainly with not knowing the language. It motivated me to learn quicker so that I could help them and my other siblings."

As part of the Premier League Girls Football programme, a coach from the Manchester United Foundation visited Maria's school and put on a session.

"I scored three goals in that match, a hat-trick, and I realised I was all right," she says. "After the match my coach asked me if I wanted to come and have a trial with United."

Maria has not looked back; in her two seasons with the club, the Under-16 striker has won an FA Cup runners-up medal and played on the hallowed turf at Old Trafford.

"I train twice a week and we have fixtures at the weekend," she says. "It's an amazing feeling to be putting a Man Utd shirt on and to represent the club.

"If the Foundation wasn't in my school I would have never played football or been given the opportunity to play for Manchester United.

"I've made loads of friends and I am a much more confident person as a result. I've got lots of opportunities for the future now. I'm excited to see where it goes."