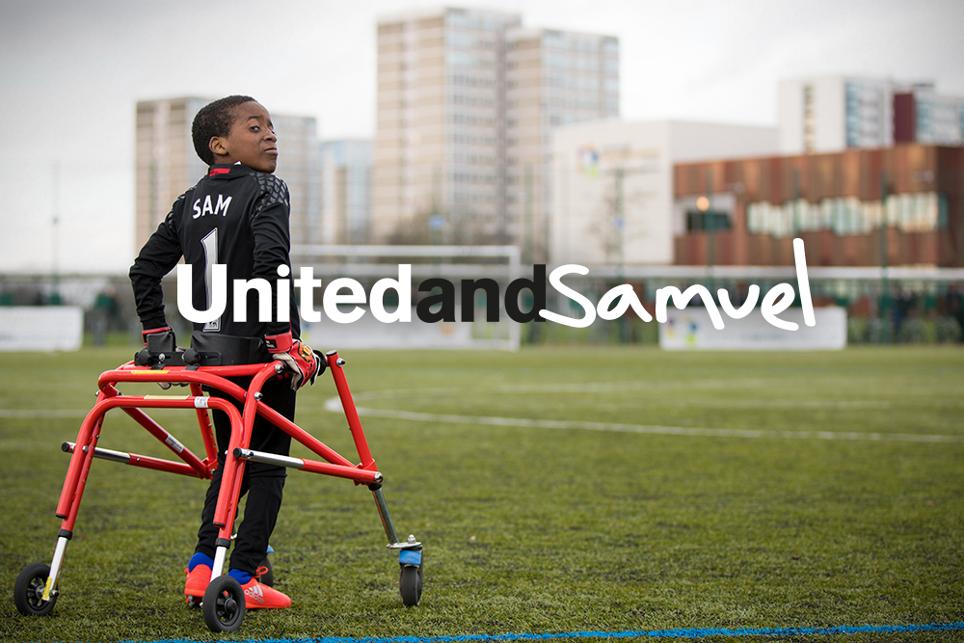 See how Samuel, 11, overcomes his cerebral palsy with the help of Manchester United Foundation

Samuel has cerebral palsy and cannot walk unaided, but this does not stop him enjoying football as he plays in goal for his Year 7 school team.

“Having cerebral palsy is very hard, and playing football is a bit difficult but I don’t really take that as a big issue, I just get on with it,” the 11-year-old says.

He attends Manchester Creative and Media Academy, in Blackley, a partner school of Manchester United Foundation, and was nominated by his Foundation coach to receive a series of surprises as a result of his dedication and positive attitude.

“Going to the training ground was the best day of my life,” says Samuel. “De Gea gave me his actual gloves, which was better than anything I have ever got.

“United show good emotions that they can keep going no matter what. So that’s what I say to myself: ‘Never, never, never give up.’ I’m in a wheelchair and I never give up. Just try. Try your hardest.”

For more on Samuel as well as others helped by the Manchester United Foundation check out #UnitedandMe.