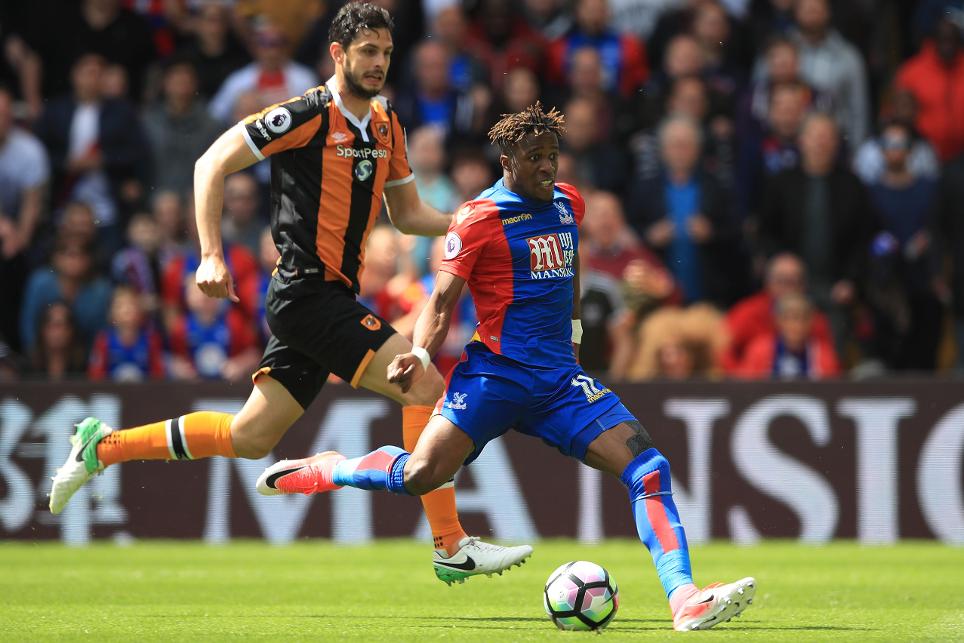 Zaha: The win was for the fans External Link

Returning to the left-back role, Schlupp won the penalty for the Eagles' third goal and also registered seven clearances, blocks and interceptions (CBI) to score 31 in the Bonus Points System (BPS).

Luka Milivojevic (£5.0m) converted that spot-kick, claiming two bonus points with a BPS tally of 29. The Serb also contributed eight recoveries and four CBIs from his role in midfield.

Christian Benteke (£7.2m) collected the final bonus point on offer after scoring a 15th goal of the campaign.

He converted a Jason Puncheon (£5.1m) corner and made seven recoveries and five CBIs to score 28 in the BPS.

Benteke was also the top performer in the ICT Index, finishing with a total of 10.6.

Leading the way for Threat with a score of 55, the striker produced four shots, with three arriving from inside the Hull City penalty area.

Starting on the right side of a five-man midfield, the Tigers' Ahmed Elmohamady (£4.6m) top-scored for Creativity (41).

The Egyptian completed 16 passes in the final third - more than any other player - and created three scoring chances for the visitors.

Benteke and Wilfried Zaha (£5.8m), who opened the scoring at Selhurst Park, were two of the four most-sold players prior to Gameweek 37.

Having produced only three points over his two fixtures in Gameweek 34, Zaha had blanked in his previous five outings.

Meanwhile, Benteke was without a goal or an assist in his last three Gameweeks.

Owned by 12.0% and 9.5% respectively, their return to form on Sunday could encourage remaining owners to sit tight ahead of Palace's visit to Manchester United.

Hull City's Harry Maguire (£4.4m) was transferred in by over 12,000 managers prior to Gameweek 36, only to follow up his single point against Sunderland with a zero point return in Sunday's defeat.

Shifted to right-back, he was forced off five minutes into the second half with an ankle injury.

Maguire could now be a doubt for Tottenham Hotspur's visit to the KCOM Stadium on the final day.