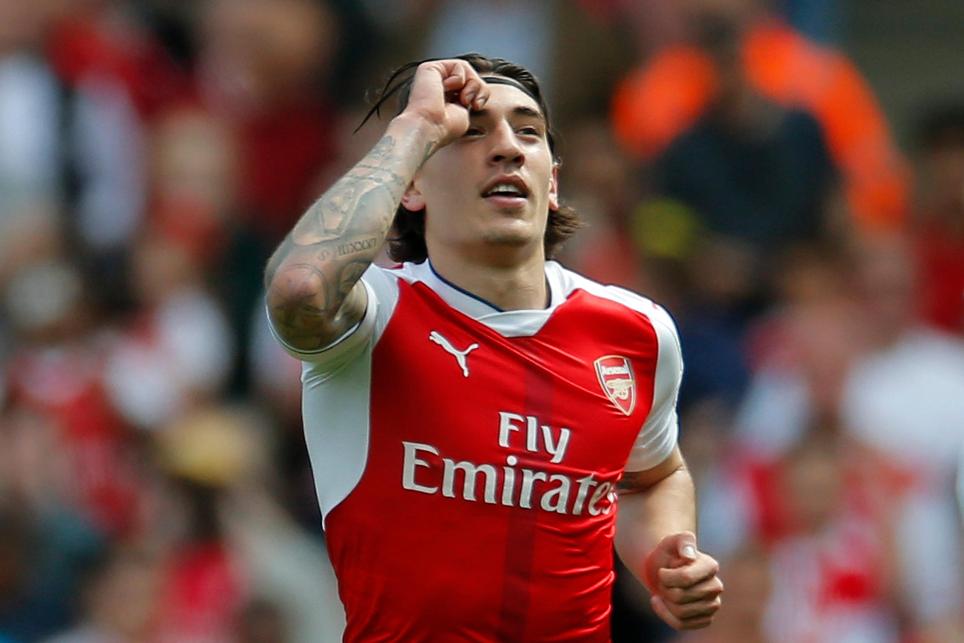 Arsenal missed out on a fourth-place finish for the first time in 21 seasons despite overcoming Everton 3-1 with 10 men.

The Gunners knew they had to achieve a better result than Liverpool in order to qualify for the UEFA Champions League and they got off to the perfect start when Hector Bellerin gave them the lead after eight minutes.

Alexis Sanchez made it 2-0 on 27 minutes despite the dismissal of Laurent Koscielny for a foul on Enner Valencia; a straight red card that will rule him out of the FA Cup final against Chelsea.

Everton pulled one back through Romelu Lukaku's 25th goal of the season with a penalty awarded for a handball by Nacho Monreal.

Aaron Ramsey curled in a superb goal to make it 3-1 but wins for both Liverpool and Manchester City means Arsenal have to settle for fifth, two places above Everton.