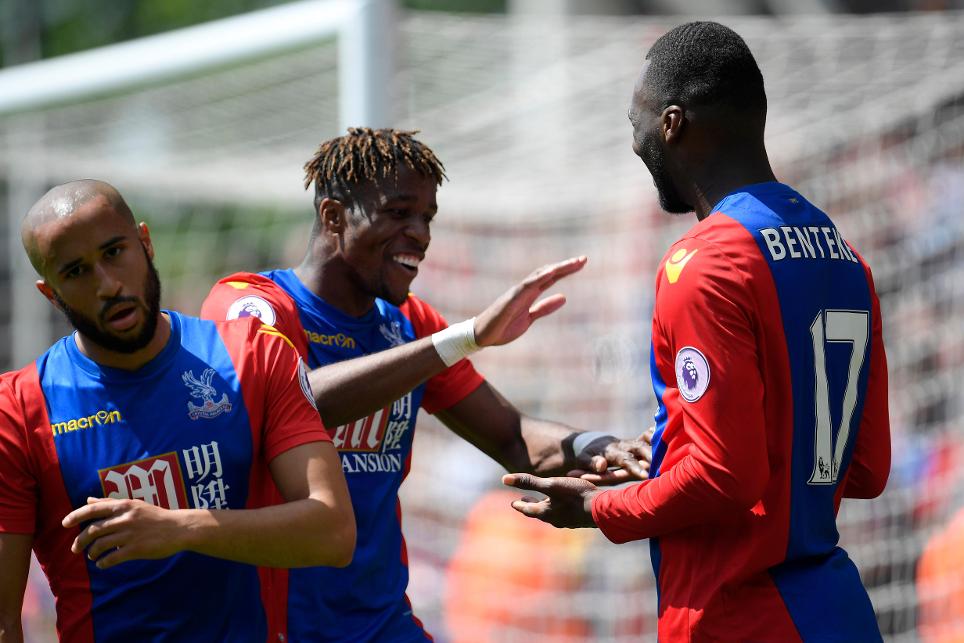 Images From That 4-0 Win External Link

Goals from Wilfried Zaha, Christian Benteke, Luka Milivojevic and Patrick van Aanholt gave Crystal Palace a 4-0 victory over Hull City that keeps them in the top flight and relegates their opponents.

Palace had the perfect start, Zaha pouncing on mistakes in the Hull defence to score after only three minutes.

💬 Big Sam, @mamadousakho, Luka and @wilfriedzaha give their thoughts after today's game.

The Eagles doubled their lead on 34 minutes when Benteke rose highest to head home from Jason Puncheon's corner.

Hull had plenty of the ball in the second half but they did not really threaten and Milivojevic made it 3-0 with an 85th-minute penalty while Van Aanholt completed the scoring in the final minute.

The Tigers join Middlesbrough and Sunderland in dropping to the Championship and are relegated after a one-season stay in the top flight.