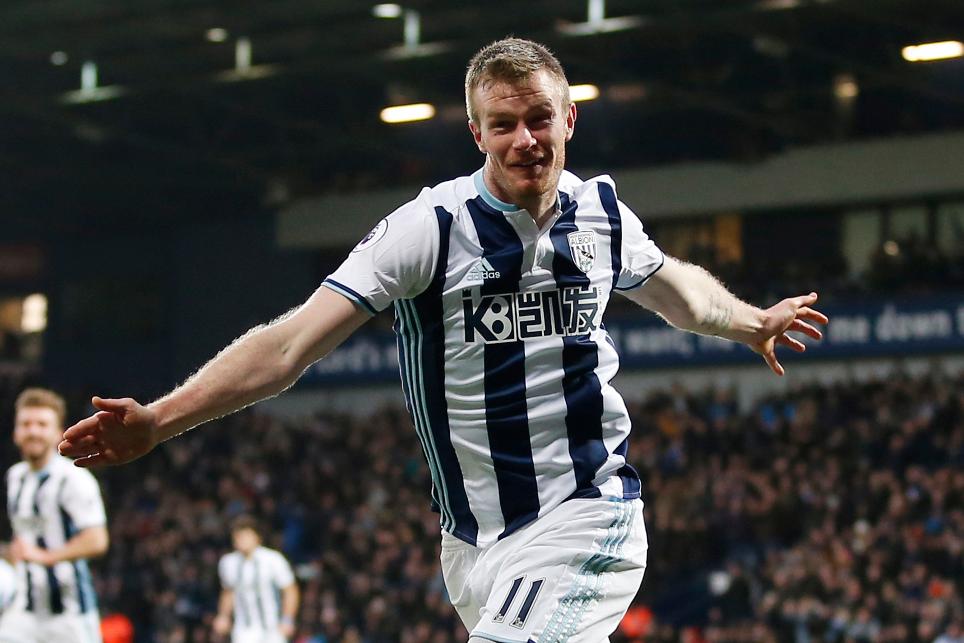 An FPL defender playing on the right, West Bromwich Albion player is poised to offer value over the run-in

The Northern Ireland international, who is classified as a defender in FPL, produced his fourth assist of the season in last weekend's 2-2 draw at Burnley.

Brunt has also scored three goals this term, picking up 11 bonus points thanks largely to his attacking exploits.

Tony Pulis's side face a home fixture against Chelsea and an away trip to Manchester City in Gameweek 37, before travelling to Swansea City on the final day of the campaign.

While the Chelsea and Man City fixtures score five and four respectively in the Fixture Difficulty Rankings (FDR), Antonio Conte's side have conceded in six of their last seven away matches.

Man City have managed only five clean sheets from 17 home fixtures in 2016/17.

The Swansea match also offers Baggies fans encouragement, given that the Welsh team have conceded more goals (33) at home than any other side.

Over the last two Gameweeks, Brunt, who is in only 2.3% of FPL squads, has posted some impressive statistics from the right.

His seven chances created is more than double that of any team-mate, while only striker Salomon Rondon (£6.3m and eight) has recorded more shots than Brunt's five.

With only six clean sheets this season, West Brom's defensive assets have relied on attacking promise to boost their appeal.

Netting six and four goals respectively, both Gareth McAuley (£5.1m) and Craig Dawson (£4.8m) have been key figures from set-plays.

But Brunt's dead-ball delivery is vital to their prospects and, combined with his potential from open play, he looks to have the edge over the centre-backs while stationed on the flank.

With FPL managers seeking out differentials to gain a vital advantage, Brunt presents a convincing case for late-season investment.