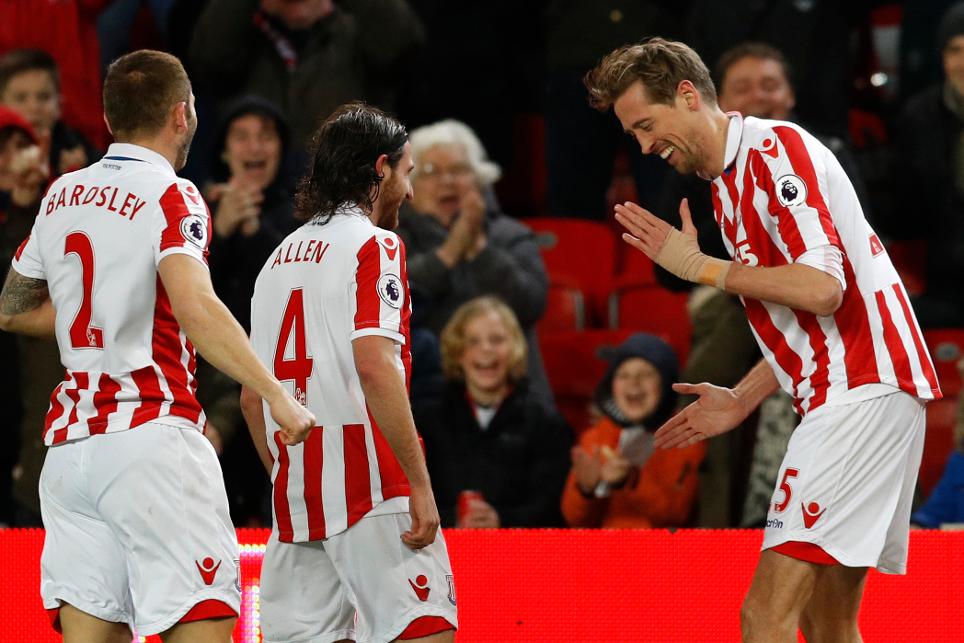 Ryan Shawcross (£4.9m) got off to a disappointing start in Stoke City's FPL mini-league and his season has gone from bad to worse, Joe Allen (£4.9m) has revealed in the latest Fantasy Premier League Show.

Midfielder Allen says he will have to settle for third place at the right end of the table, with Phil Bardsley (£4.3m) and Peter Crouch (£4.5m) in a "straight shootout" for club bragging rights as he has left it too late to play his Wildcard.

Also in part one of the show, Mark Sutherns - joined by Jules Breach and James Richardson - explains why FPL players should invest in Manchester City players, and Kevin De Bruyne (£10.4m) and Gabriel Jesus (£8.9m) in particular, ahead of the final Double Gameweek of the campaign.

Mark also reveals why managers with Chelsea players in their squads may have a heavy price to pay for their success, should Antonio Conte's side clinch the title at West Bromwich Albion on Friday night.

In part two, Mark suggests Cesc Fabregas (£6.9m) and Danny Welbeck (£7.3m) as differentials worthy of consideration, explains why goalkeepers are important in the Double Gameweek and suggests the best candidates for the all-important captaincy pick.