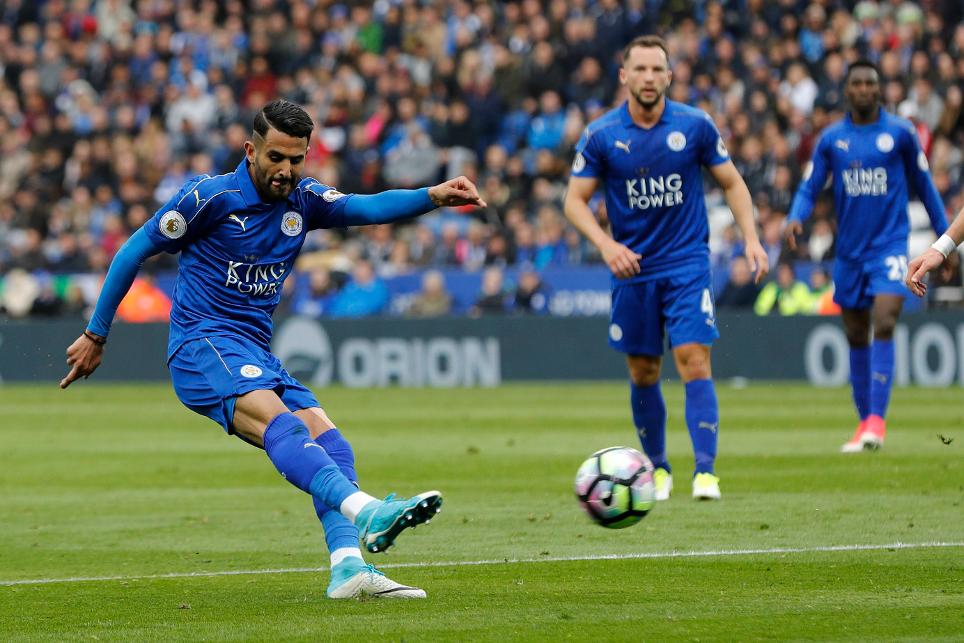 Although last season's top-scoring Fantasy Premier League﻿ player has struggled to mirror his 2015/16 output, Riyad Mahrez (£8.9m) could yet have his say in our FPL campaigns.

A goal and nine-point return in Saturday’s 3-0 win over Watford was the latest indication that the Algerian is edging back to his best.

His tally of 11 touches inside the box in that match was more than any Leicester City player has managed in a fixture this term.

Combined with two Gameweek 37 matches and an end-of-season home meeting with AFC Bournemouth, Mahrez has the credentials of a powerful differential.

By his standards, the winger has endured a disappointing campaign.

But like so many of his Leicester City team-mates, Mahrez has recently thrived under the guidance of manager Craig Shakespeare.

He has averaged 5.4 points per match (ppm) over his last eight Gameweek starts, compared with 3.1 ppm prior to Shakespeare’s appointment.

That improvement is also reflected in his underlying statistics.

Since Gameweek 27, Mahrez has registered more shots (20) and shots in the box (12) than any Foxes player.

He also leads the way for shots on target (11), while he has created 13 chances over that period – four more than any team-mate.

In Gameweek 37 Leicester City make a trip to Manchester City before a home meeting with Tottenham Hotspur. While testing fixtures, they will not be daunting encounters for a confident Mahrez.

He has produced a goal and two assists in his last two matches against Man City and, with Leicester averaging 2.6 goals per match at home under Shakespeare, even a resilient Spurs defence will do well to silence Mahrez and the Foxes attack.

He will end his campaign with a home encounter against AFC Bournemouth – a side who have conceded 37 goals on their travels, only Hull City (41) have allowed more.

FPL managers have widely overlooked the potential of the 8.2%-owned Mahrez.

But with recent statistics highlighting his growing influence, Mahrez may be ready for a late season flourish that could richly reward Fantasy investors.