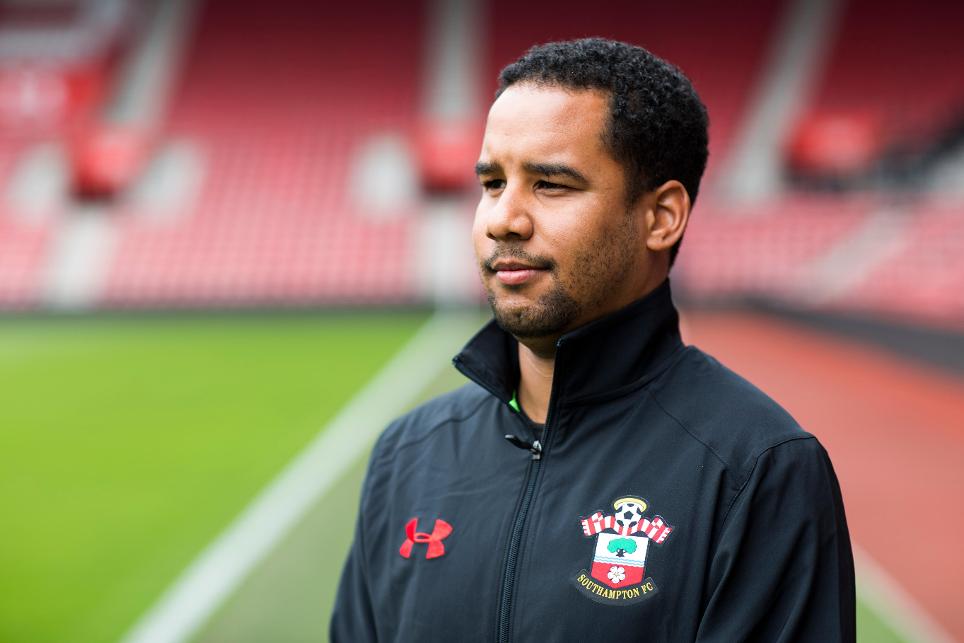 "All I ever wanted to do was play football like every other kid. It wasn't about winning or losing, it was just taking part and having a smile on my face."

Martin - the brother of former Swansea City midfielder Scott Sinclair - spent three-and-a-half years in a wheelchair after an accident on a slide at the age of 15, and was in and out of hospital for nearly eight years.

But he went on to represent Great Britain's cerebral palsy team, winning a bronze medal at the 2010 Paralympic World Cup and a silver in 2012. He also represented GB at the 2012 Paralympics in London.

Now retired, the 30-year-old is working with Southampton's Saints Foundation, helping to deliver the SaintsAbility programme as a development officer.

The initiative, supported by the Premier League & BT Disability Sport scheme, offers regular football sessions for people of all ages with physical and cognitive impairments, currently engaging more than 250 children and adults.

"Disability can happen at any time, at any point, to anyone," he told southamptonfc.com. "If we set the groundwork now, like the Saints Foundation is doing, then if people do have a disability we've created a platform for them just to play football.

"We've teamed up with the Hampshire FA because there wasn't a pan-disability league in Southampton.

"We want to give everyone a chance to showcase their ability. There's no such word as 'can't' there's always hope that you can.

"When they cross that white line you don't see a disability. You just see people having fun, scoring goals, passing. That's what it’s all about - that opportunity, and being more inclusive."

Martin's story is part of the Saints Together campaign, which highlights the connection between the club, the Foundation and the community.