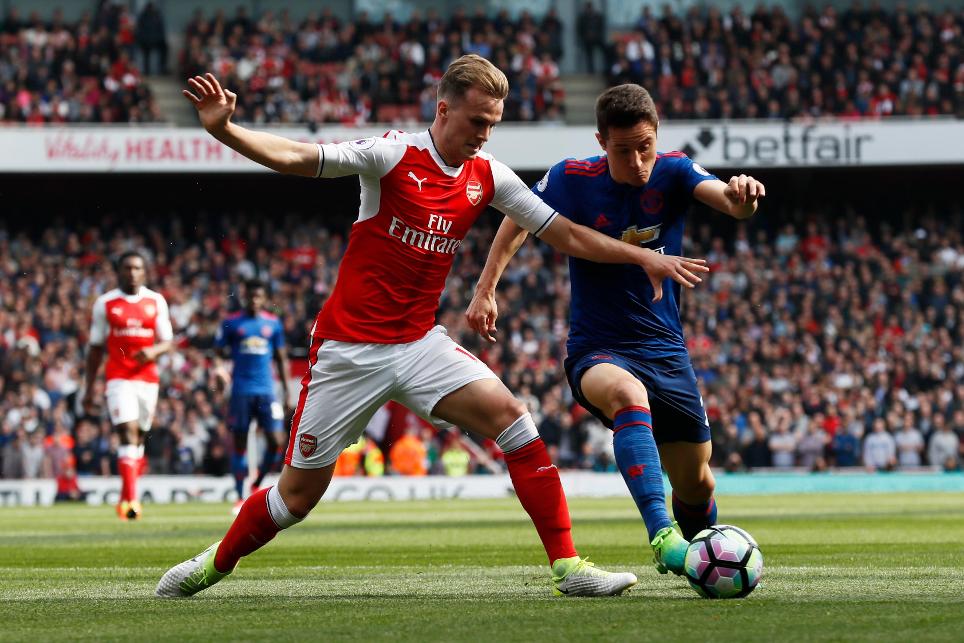 Wenger - Why Holding has impressed me External Link

Puel: It's important to show our qualities External Link

Arsenal Wenger has praised the impact Rob Holding has made since breaking into the Arsenal first team in recent weeks.

The Gunners have won 10 of the 13 matches Holding, a summer signing from Bolton Wanderers, has played in all competitions this season, including recent Premier League victories over Middlesbrough and Manchester United.

"In all the games he’s played until now, he’s shown intelligence, composure on the ball," Wenger told Arsenal.com. "He needs some defensive experience and in every single game he’s played I believe he’s becoming stronger through the game."

We've seen a lot of praise for @RobHolding95 recently - here's the manager's take on his recent performances...https://t.co/mkBYmM9qu7

Holding will be hoping to gain more experience at St Mary's Stadium on Wednesday night when Arsenal seek a win against Southampton that would take them to within three points of fourth place.