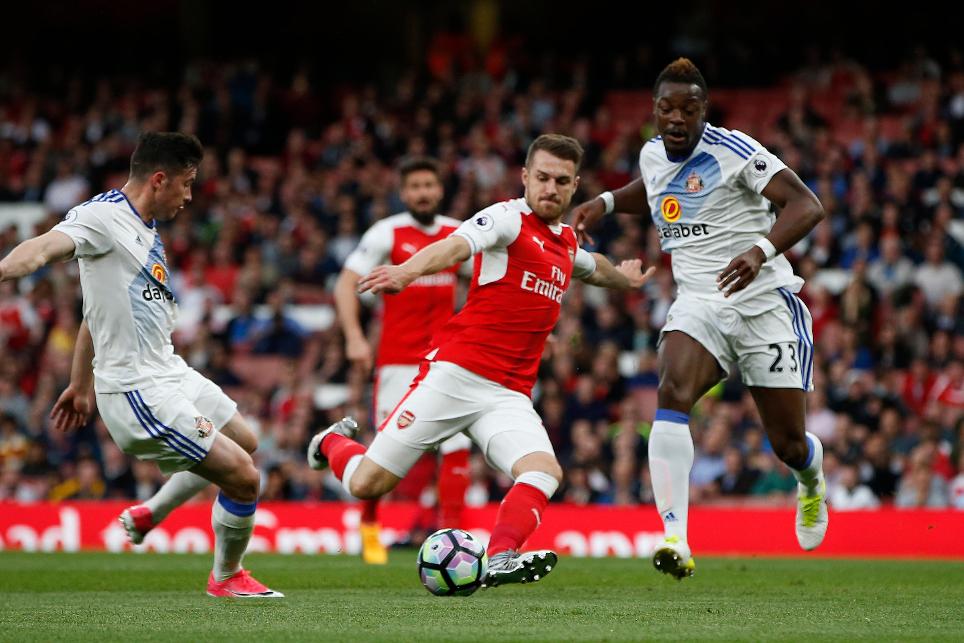 Arsenal kept alive their hopes of a top-four finish thanks to a second-half double against Sunderland by Alexis Sanchez.

The Gunners were frustrated by Jordan Pickford's excellence until Sanchez capitalised with two goals in 10 second-half minutes.

Hector Bellerin and Granit Xhaka each fired over and wide, while Petr Cech had to be alive to deny Didier Ndong and Jermain Defoe at the other end, but Pickford, with 11 saves, stole the goalkeeping show.

Sanchez, Olivier Giroud, Aaron Ramsey, Danny Welbeck and Shkodran Mustafi were all denied before the former tapped in Mesut Ozil’s cutback on 72 minutes.

The Chilean then headed in Giroud’s hooked effort.

Arsenal move to within a point of fourth-placed Liverpool and remain three behind Manchester City, with one match remaining.