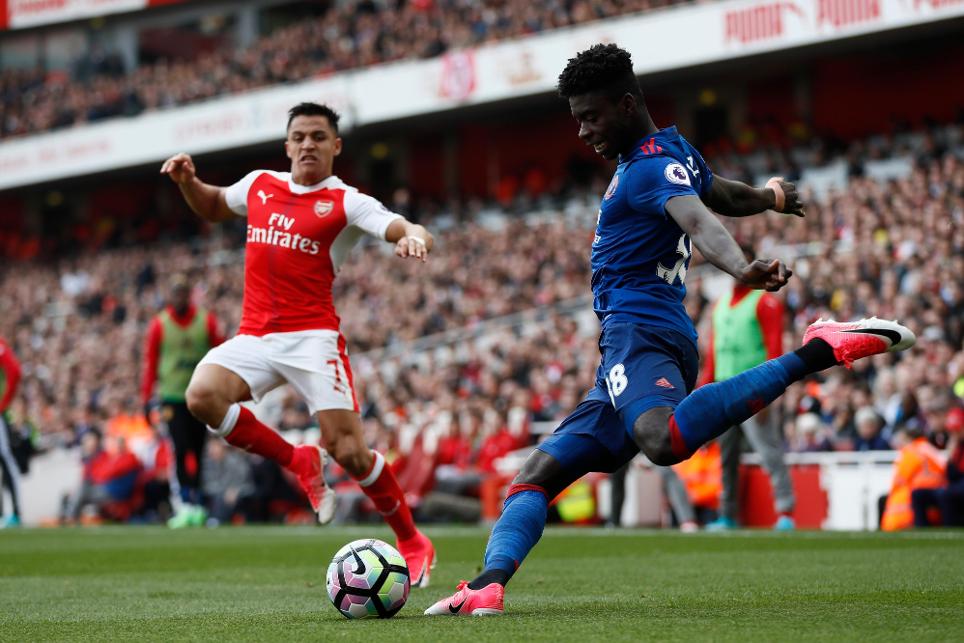 Axel Tuanzebe has expressed his gratitude to Jose Mourinho for handing him his Premier League debut against Arsenal on Sunday.

It was a bittersweet afternoon for the 19-year-old Manchester United defender, whose side were beaten 2-0 at Emirates Stadium.

Tuanzebe, one of two United debutants on the day, impressed his manager with his shackling of Alexis Sanchez.

"The kid [Tuanzebe] ... did an amazing job," Mourinho said after the match. "I think Alexis now knows his name. The kid played very well."

As calm and collected off the pitch as he was on it. Well played, Axel! pic.twitter.com/KYTo05Bw6d

Tuanzebe believes the chance afforded to him and Scott McTominay at Emirates Stadium by Mourinho will be a boost to his Premier League 2 team-mates, whom he captains.

“The manager giving the young players opportunities is always good and I’ve grown up with Scott over the years, so to see him make his debut is a proud moment,” Tuanzebe told manutd.com.

“It can help all the young players coming through the system to believe they can do it.

"Marcus [Rashford] was an example and now I’m an example, Tim [Fosu-Mensah] and Scott are examples. It gives the young lads a boost that they can do it too.”