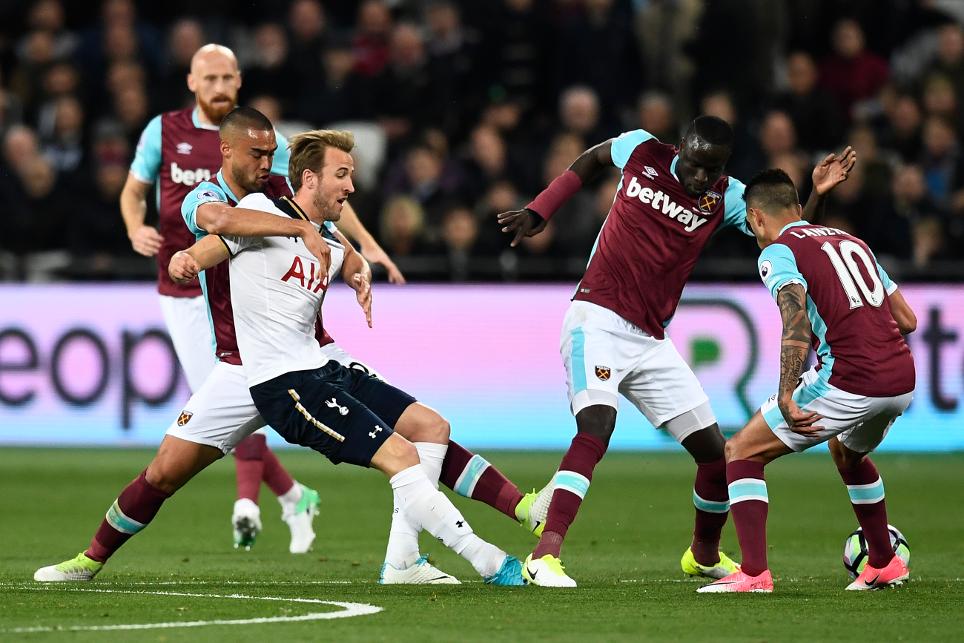 'We have the character, we go again' External Link

The Spanish goalkeeper defied the Spurs attack with five saves and nine recoveries to score 31 in the Bonus Points System (BPS).

Manuel Lanzini (£5.9m) proved to be the match-winner for the Hammers and claimed two bonus points in the process.

His second-half strike was his eighth of the season and was accompanied by three completed dribbles and four key passes as the Argentinian sparkled for the hosts.

Jose Fonte (£5.3m) made it a clean sweep for Slaven Bilic's side.

Deployed in a three-man defence, the centre-back was a dominant figure, contributing 14 clearances, blocks and interceptions (CBI) along with five recoveries.

Lanzini's performance was recognised in the ICT Index, with the playmaker top scoring for both Threat (46) and Creativity (50).

He completed 14 passes in the final third, creating four scoring chances and firing three shots of his own, two from inside the Spurs penalty area.

Lanzini's score of 14.0 in the Index overall was his third successive double-figure tally.

The Dane succeeded with three of 12 attempted crosses, supplying three chances for the visitors.

He had produced returns in all of his previous five starts, supplying seven goals and three assists.

It was a similar story for Eriksen. He claimed 39,000 new Gameweek owners following two goals and four assists from his last five outings.

Friday's blank for the trio casts doubts over their likely output over their remaining three fixtures.

Chelsea could claim the title before Spurs kick-off against Manchester United on Sunday, the first of their two Gameweek 37 match-ups.

They follow that with a visit to Leicester City, before Mauricio Pochettino takes his side to relegation-threatened Hull City on the final day.

With a top-four spot assured, Kane's 19.7% ownership will hope that the striker's quest for the Golden Boot will assure continued goal returns.

Kane trails Everton's Romelu Lukaku (£10.2m) by three, with 21 goals for the season.