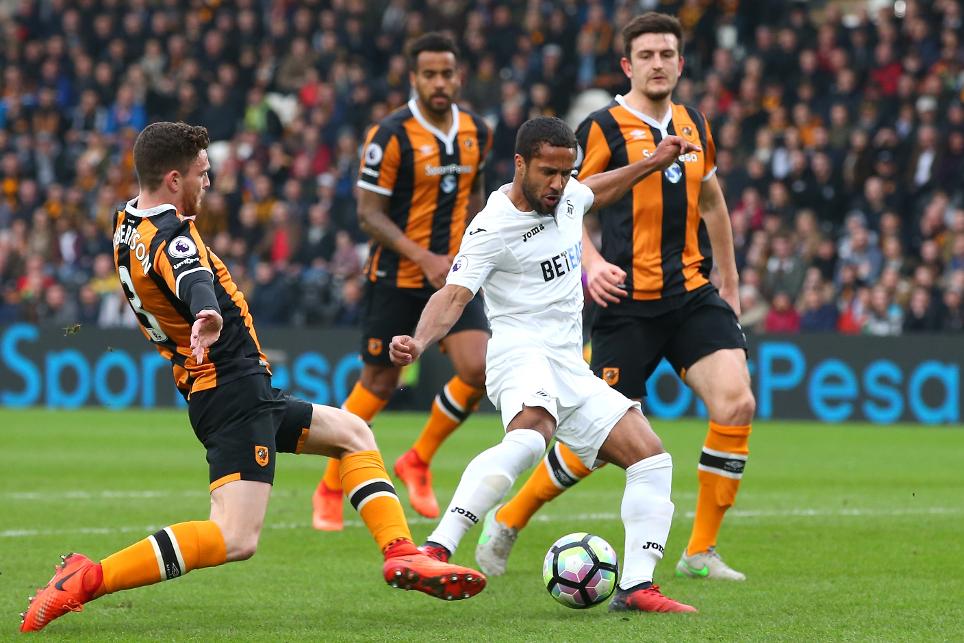 With three Matchweeks of the season remaining, the race to stay in the Premier League is heating up.

There are still two spots available after Sunderland's relegation was confirmed on Saturday, and so we decided to use the Fixture Difficulty Rankings (FDR) tool from Fantasy Premier League to rate each team's chances.

It suggests that Swansea City can avoid relegation, especially if they defeat Everton in their next match.

Saturday's meeting with the Toffees is given an FDR score of three and precedes two promising fixtures to end the season: away at Sunderland and at home to West Bromwich Albion.

But unfortunately for the Swans, the team directly above them, Hull City, have a run-in that is identical in terms of promise.

The Tigers are yet to play Sunderland, Crystal Palace and Tottenham Hotspur, giving them an FDR average of 2.33 - exactly the same as that of Swansea.

If Hull and Swansea take advantage of their favourable run-ins it could spell trouble for Crystal Palace.

After a run of six wins in eight matches under Sam Allardyce, the Eagles have lost their last two and, although they are currently six points clear of the bottom three, still have to face both Manchester clubs and direct rivals Hull.

Burnley and West Ham United could also still be dragged down the table.

Both teams currently sit seven points clear but the Hammers in particular will be wary of teams below them, as they still have to play Tottenham Hotspur and Liverpool before a trip to Turf Moor on the final weekend.

Only Middlesbrough have a tougher run-in than West Ham. Their FDR score averages out at 4.0, with Steve Agnew's side tasked with facing Chelsea, Southampton and Liverpool in their bid to close the six-point gap to safety.