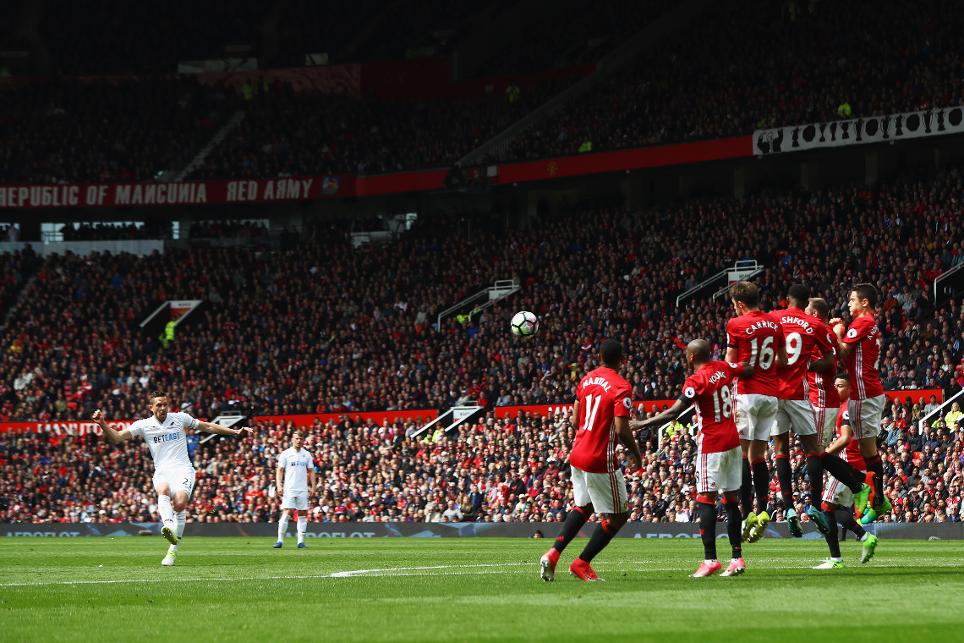 Swansea player continues to deliver to the woes of 350,000+ owners who sold him

Recalled to the starting line-up, Rooney made four clearances, blocks and interceptions (CBI) and won two tackles to tally 35 in the BPS.

Ander Herrera (£6.4m) claimed the final bonus point after completing 91% of his 67 attempted passes and providing two goalscoring chances to tally 23 in the BPS.

Sigurdsson’s display was also recognised in the ICT Index, with the Swansea playmaker producing the top score of 11.6.

He recorded five shots, with two from inside the box, and produced the most successful crosses (three) at Old Trafford.

Jesse Lingard (£5.6m) claimed the highest Threat score, with his tally of 71 generated from three shots, two of which came from inside the Swans’ penalty area.

Gylfi Sigurdsson has scored more direct free-kick goals since the start of 2014-15 than any other player (6️⃣). 👏 pic.twitter.com/4YLStggD1R

Sigurdsson has lost more than 350,000 owners over the last five Gameweeks, but has returned a goal and an assist in his last two starts.

Although Swansea have no Double Gameweek during the run-in, their remaining schedule offers home fixtures against Everton and West Bromwich Albion, along with a trip to Sunderland.

The latter was withdrawn having played 60 minutes, just enough for the Ivorian to benefit from his fifth successive clean sheet and his eighth in 11 Gameweek starts.

They face a UEFA Europa League semi-final, second leg, against Celta Vigo three days before the first of those Double Gameweek matches at Tottenham Hotspur, on 14 May.