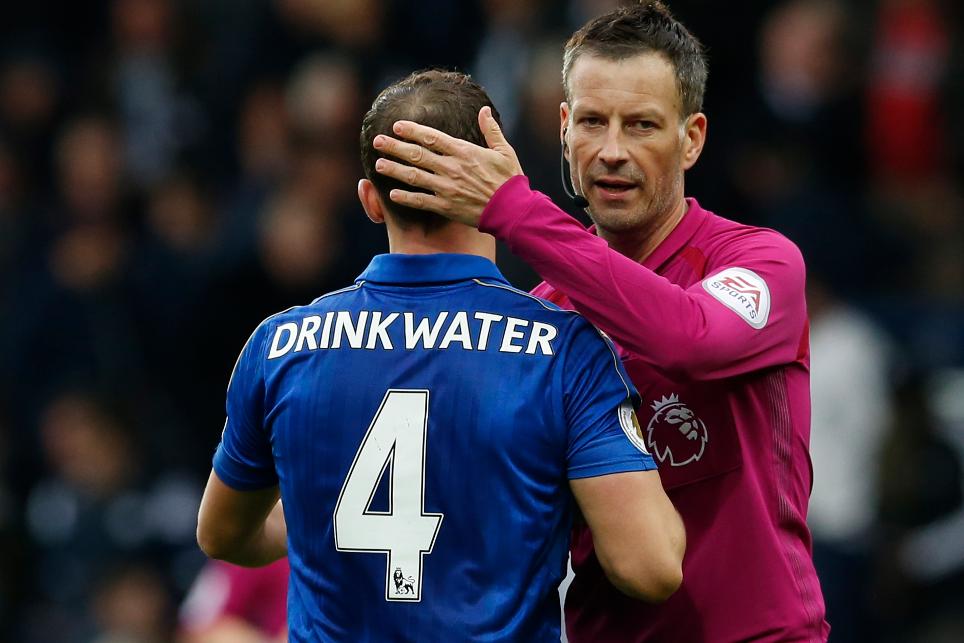 The Durham-born referee took charge for the 292nd and final time in the Premier League when West Bromwich Albion hosted Leicester City at The Hawthorns on Saturday and after blowing his final final whistle received a plaque from Simon Morgan, the Head of Football Relations at the Premier League, as well as signed shirts from both teams.

As well as establishing himself as one of the League's leading referees since his debut, Crystal Palace v Everton in August 2004, Clattenburg has also been a FIFA-listed official since 2006 and progressed to be a FIFA elite referee.

He officiated the men's gold medal match between Brazil and Mexico at the London 2012 Olympic Games and made history four years later when he became the first man to take charge of the FA Cup, UEFA Champions League and UEFA European Championship final in the same year.

He will now work for the Saudi Arabian Football Federation (SAFF).

Premier League Executive Chairman, Richard Scudamore, said: "Mark Clattenburg is a fantastic referee and has made a significant contribution to the Premier League.

"He has also achieved deserved success in European and international football, including refereeing both the UEFA Champions League and Euro 2016 Finals, recognition of his talent and the high standards of elite refereeing in the English game.

"I thank Mark and wish him and his family continued fulfilment and a happy future."

Mike Riley, the Genereal Manager of PGMO, the referee's body, said: "I first met Mark as a young, talented Football League referee who had already impressed on the field and marked out the potential to become one of England's greatest referees.

"It is to Mark's credit that he has gone on to fully realise his ambitions at the very highest levels of the game. His talents have been recognised domestically, in 17 years of excellent service to the PGMO, and internationally culminating in last season’s double of the Champions League final and European Championships final.

"He will take these skills and his enthusiasm for referee development into his new role with SAFF and all of us at PGMO wish him every success."