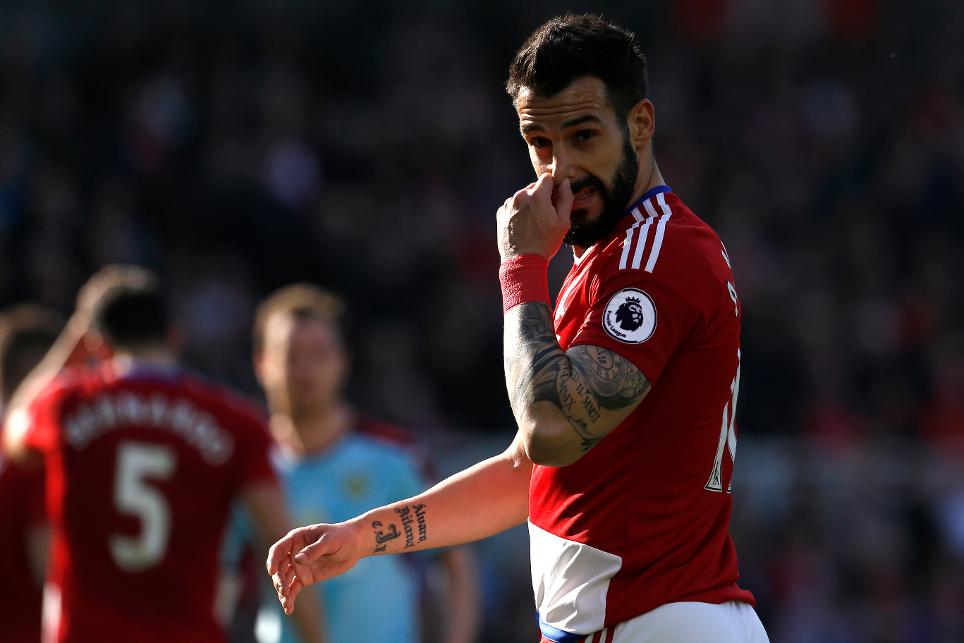 He also made 13 recoveries to score 30 in the BPS.

Both De Roon and Sunderland’s Wahbi Khazri (£6.0m) registered 6.3 to lead the way in a low-scoring ICT Index encounter.

The Boro midfielder had two shots, including his decisve strike from inside the box.

Khazri recorded a Creativity score 44 made up of three successful crosses, creating two scoring chances for the visitors at the Riverside Stadium.

Despite failing to score for a ninth consecutive outing, Sunderland's Jermain Defoe (£7.6m) registered the highest Threat score in Wednesday’s contest with 49.

The striker totalled three shots, with two arriving from inside the penalty area.

The Spaniard failed to produce a single shot against the Black Cats and has already been sold by 26,000+ FPL managers.

Negredo was perhaps destined to be a short-term option, with all of Boro’s remaining four fixtures scoring three or more in the Fixture Difficulty Rankings (FDR).

Investors in Boro’s defence did get some reward, however.

But like Negredo, Boro’s defenders look set to suffer from that testing season run-in.

SCOUT: Frustration for the 155,176 that captained Negredo, who finishes #DGW34 with 4 points after being subbed in both matches#FPL pic.twitter.com/CJiWf6Qn9K

As for Sunderland, they have failed to score in four successive away matches.

David Moyes’ side return to the Stadium of Light on Saturday as they host AFC Bournemouth in a must-win encounter.

That fixture will mark a final opportunity for Defoe to remain in the frame as an FPL asset. Still found in 807,000 (17.8%) squads, he has been sold by more than 266,000 FPL managers over the last four Gameweeks.