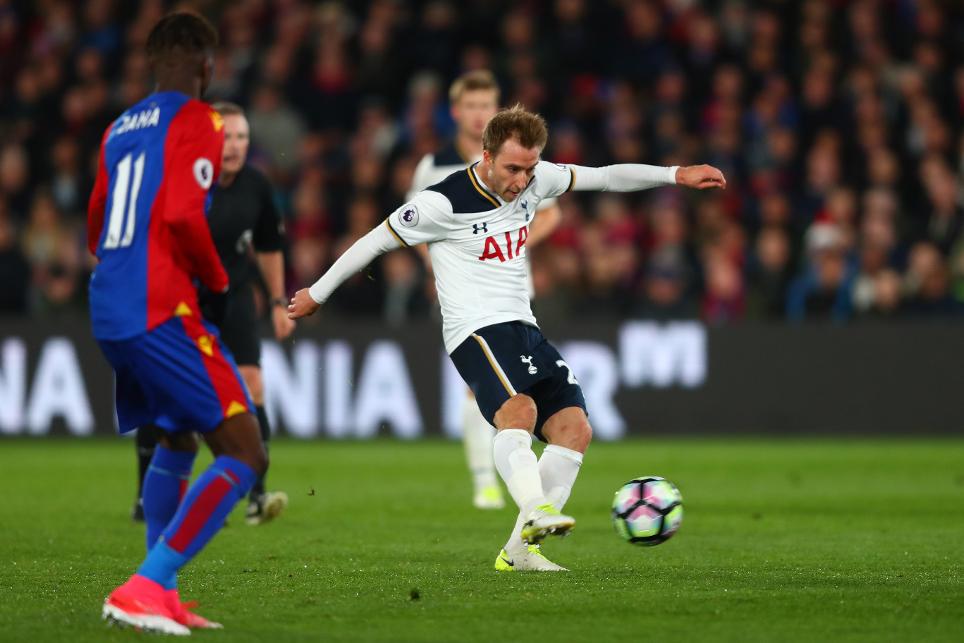 Davies registered five clearances, blocks and interceptions (CBI) and won four tackles. He also completed 80% of 50 attempted passes, three of which led to opportunities for the visitors.

Jan Vertonghen (£5.7m) picked up a single bonus point, thanks to a BPS tally of 31. The Belgian made six CBIs, seven recoveries and won four tackles, helping Spurs claim their 16th clean sheet of the season.

Eriksen was the standout performer in the ICT Index with a score of 17.2, his highest since Gameweek 16.

Netting for the third time in six appearances, the Dane registered four shots on goal, with three arriving from inside the box and two on target.

Harry Kane (£11.6m) recorded a Threat score of 72 – more than any player in the Selhurst Park encounter.

The striker fired three of his five shots from inside the Eagles’ penalty area, but managed only one on target. Kane also created one scoring chance, providing the assist for Eriksen’s strike.

Yet the Dane resides in only 18% of FPL squads compared with Alli’s 35% ownership as Mauricio Pochettino’s side prepare for five fixtures in the final four Gameweeks.

Ranked third for transfers-in ahead of Gameweek 34, Kane remains subject to significant investment for the run-in – 34,000+ FPL managers have drafted him in since the weekend deadline, more than any other player.

Dropped to the bench on Wednesday night, the South Korean is the fourth-most sold player over the last 24 hours, with almost 7,000 FPL managers parting company.

Crystal Palace disappointed in the second match of their Double Gameweek 34.

Acquired by more than 148,000 FPL managers last week, Christian Benteke (£7.3m) emerged as the Eagles’ top-scoring player over the two fixtures, producing 14 points thanks to his brace at Liverpool on Sunday.

SCOUT: Zaha a bitter disappointment - brought in by over 309,000 across GW33 and GW34 - he provided just 3 points over Palace's two fixtures pic.twitter.com/Nl58zybOMF

Wilfried Zaha (£6.0m), however, failed to justify his raft of heavy investment.

Drafted in by more than 144,000 new owners for Gameweek 34, the winger earned a late booking on Wednesday to return a total of three points across his two fixtures.

Despite boasting a promising home encounter with Burnley this Saturday, Zaha is the second-most sold midfielder since the weekend deadline.