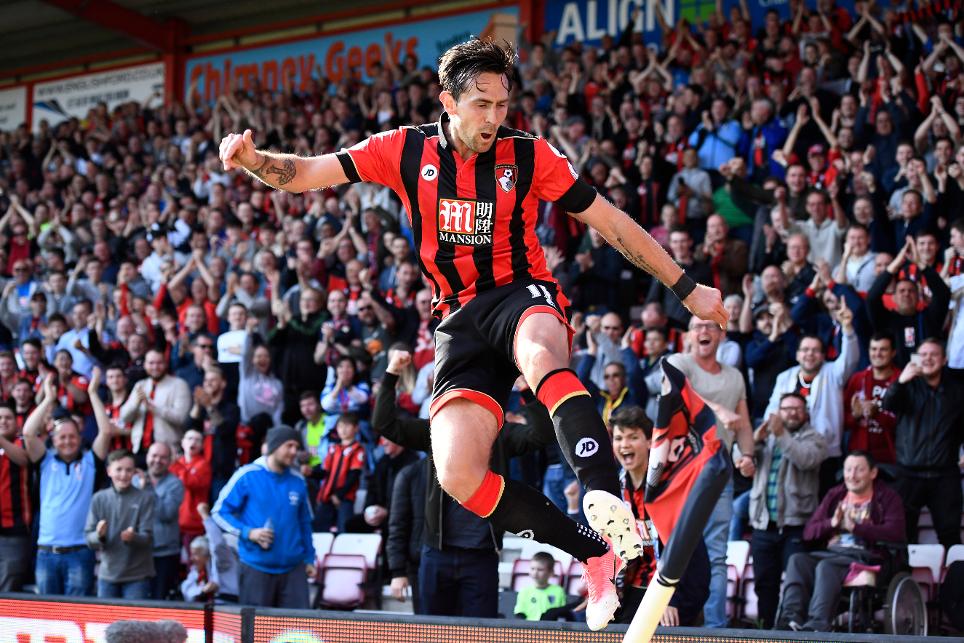 #NextChapter: AFC Bournemouth and Umbro External Link
Gabbiadini on the up for Double Gameweeks

A 14-point tally in Saturday’s 4-0 victory over Middlesbrough highlights the possibility of further big returns over a promising run-in for the Cherries defender.

While FPL managers are focused on those players who benefit from Double Gameweeks, Daniels, who has only four fixtures, remains an attractive proposition due to his ability to produce explosive points hauls.

An improvised set piece. @chazdaniels13 on his sweet strike against @Boro...

The left-back has supplied double-figure scores on five occasions and, in terms of value, leads the way for FPL defenders, with 24.1 points per million.

Four goals and three assists have accrued 123 points as he closes in on the 130 gained in his first Premier League season.

With some FPL managers preparing their Bench Boost chip for Gameweek 37, the prospect of Daniels facing a home fixture with Burnley, who have yet to win on their travels, looks particularly enticing.

Four of his big hauls have arrived against teams in the bottom half of the table, including a 10-point tally when the two sides met at Turf Moor back in Gameweek 15.

The Cherries face a trip to Sunderland on Saturday and the attacking instincts of Daniels, formerly a left winger, could come to the fore.

Over the last six Gameweeks, 27 chances have been created from the right side of Sunderland's defence, compared with 12 on the opposite flank. No other team have conceded more opportunities from that area of the pitch during that spell.

Sunderland have also conceded five goals in their last two Stadium of Light encounters, and 31 in total at home this season, which is second only to Swansea City (33).

He has produced six shots over his last four matches, a tally bettered only by Joshua King (£6.1m) in the AFC Bournemouth ranks.

👑 King's #FPL price is on the ⬆️ pic.twitter.com/LifzHOlYeT

Three of those efforts have arrived from inside the box, while he has also created a trio of scoring chances.

Ranked joint-sixth among FPL defenders overall, it is somewhat surprising that Daniels remains a differential as part of only 8.8% of squads.

But if Eddie Howe's side achieve safety and display even greater attacking freedom, Daniels could be set to end the season with a flourish that belies both his price-tag and a modest ownership.