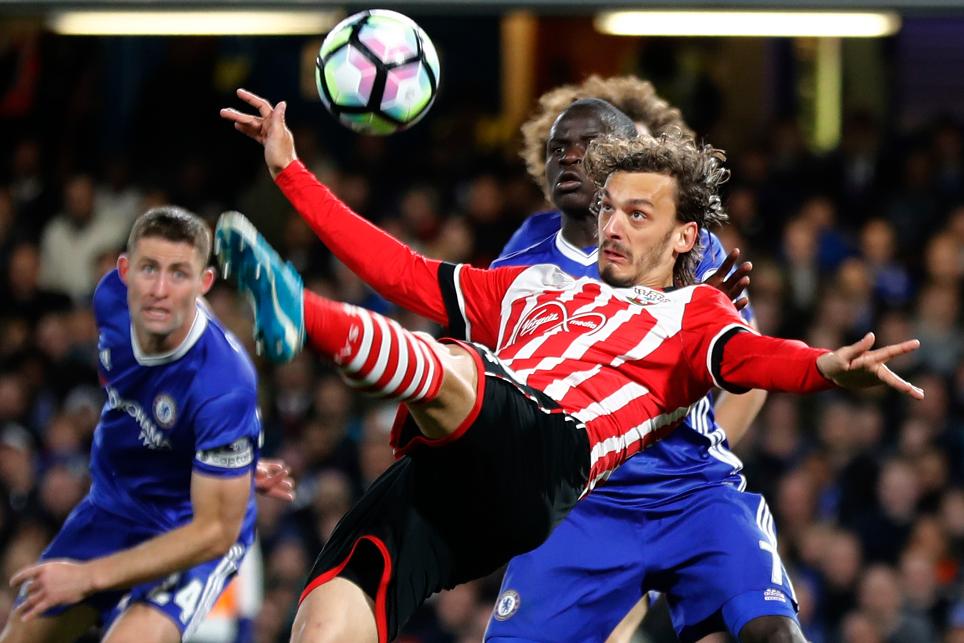 The Italian forward made an instant impact in FPL after signing for Saints in January, scoring four goals in his first three Gameweek starts to total 25 points.

In those three matches he averaged a shot every 15.3 minutes - more frequently than any other forward over the same spell.

That sparked an immediate flurry of transfers, with more than 340,000 FPL managers drafting him in across Gameweeks 26 and 27.

Gabbiadini also scored twice in the EFL Cup final defeat to Manchester United before picking up a groin injury in the Gameweek 29 defeat at Tottenham Hotspur which forced him to miss three matches.

He returned for the 3-0 defeat to Manchester City in Gameweek 33, before registering an assist in Tuesday's 4-2 loss at Chelsea.

Completing 85 minutes at Stamford Bridge, Gabbiadini looked considerably sharper against the Blues. He produced three shots from within the penalty area and maintained a record of a goal or an assist in every appearance over 60 minutes for Southampton.

SCOUT: Gabbiadini with the assist for Romeu’s leveller. The Italian's produced #FPL points in 4 of his 6 GW appearances for Southampton pic.twitter.com/d1x7gHfsH9

With Hull City up next at St Mary’s Stadium on Saturday, 13,000+ FPL managers have already turned to Gabbiadini as his ownership begins to climb towards its previous high of 439,000.

Over the last four Gameweeks, the Tigers have conceded eight goals and are ranked joint-third for both penalty-box shots against (39) and "big chances" allowed (nine).

Beyond this weekend, Southampton offer a pair of Double Gameweeks, with matches away to Liverpool and at home to Arsenal in Gameweek 36.

Their Gameweek 37 schedule comprises a trip to Middlesbrough and a home meeting with Manchester United, before Stoke City visit the south coast on the final day of 2016/17.

Owned by only 3.5% of FPL managers, Gabbiadini looks set to be a pivotal figure over the remainder of the campaign.

Having already demonstrated his prolific talents, and with those extra fixtures in hand, few FPL forwards can match the potential offered by the Italian over the season run-in.