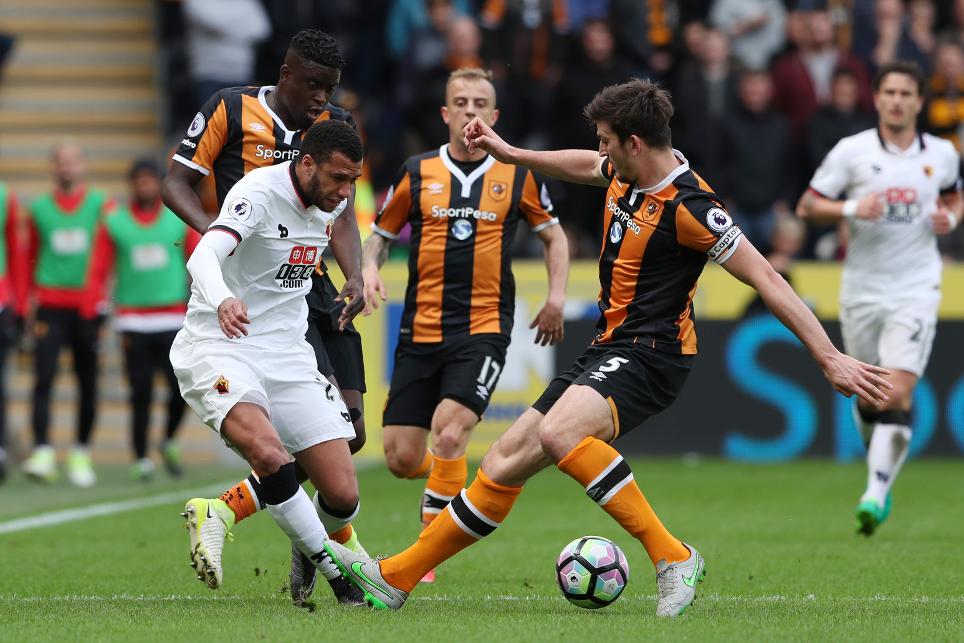 Restored to centre of defence after playing at right-back in the Gameweek 33 defeat to Stoke City, Maguire made 14 clearances, blocks and interceptions (CBI) and completed 30 passes to score 32 in the Bonus Points System (BPS).

Aside from his second goal of the season, Clucas also made five recoveries, while Ranocchia produced nine CBI and won two tackles. The centre-back has supplied six bonus points from his last six Gameweeks.

Due primarily to his Creativity tally of 54, Watford's Jose Holebas (£4.6m) topped the ICT Index with a score of 8.6.

The left-back supplied three successful crosses and created four scoring chances, double that of any other player involved in Saturday's match.

Markovic led the way for the home side, totalling 8.0 in the Index.

The Hull City winger produced the highest Threat score on show (45) registering three shots, with two arriving from inside the box.

A first clean sheet for Hull since Gameweek 24, together with a first set of maximum bonus points of the campaign, helped maintain Maguire's run of FPL form.

Owned by just over 28,000 (0.7%) FPL managers, the Hull defender has produced 23 points over his last three Gameweek starts.

Since claiming a starting role in Gameweek 15, Maguire has recorded more shots (30) than any other team-mate. He also leads the way for close-range efforts (21) and shots on target (nine).

Hull are one of 10 teams without a Double Gameweek to come, which dents Maguire’s appeal. But Saturday’s trip to Southampton and a home match-up with Sunderland in Gameweek 36 provides a platform to maintain his recent output.

Pending an FA appeal, Tigers head coach Marco Silva will be without the suspended Oumar Niasse (£5.6m) for the next three matches following the forward’s first-half dismissal.

Abel Hernandez (£5.9m) was introduced from the bench against the Hornets and may now replace Niasse in the starting XI for Saturday’s trip to St Mary’s Stadium.

Hull have claimed 28 points in home games this season, compared to 5️⃣ points away, accounting for 85% of their total 💪🏻🔶 #HULWAT pic.twitter.com/hZV0MtCUFd

As for Watford, they have lost their last four away matches without scoring a single goal.

Walter Mazzarri's men face testing trips to Leicester City, Everton and Chelsea over the final four Gameweeks, along with home fixtures against Liverpool and Manchester City.