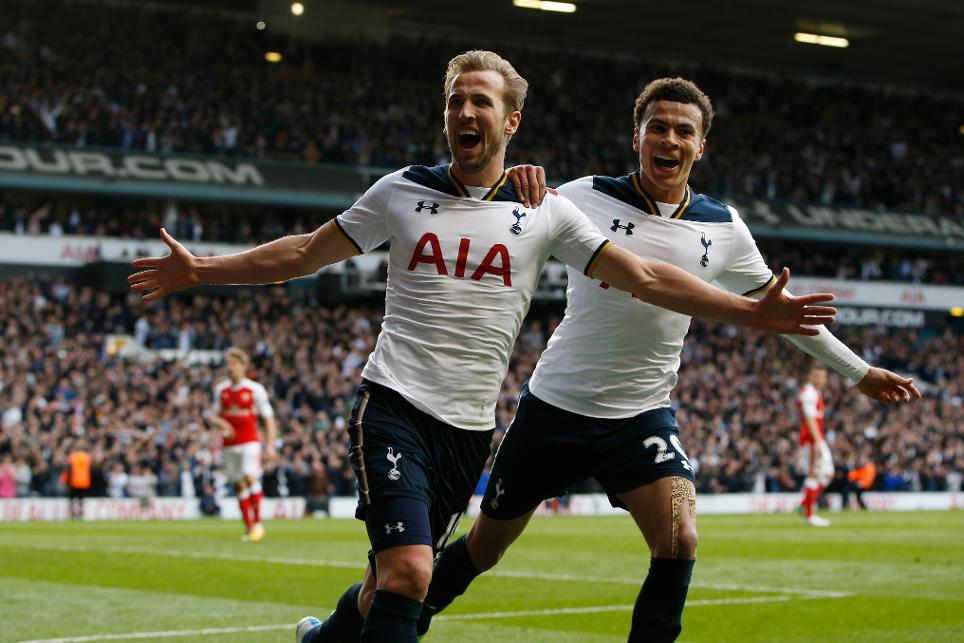 Title challengers Tottenham Hotspur made sure they will finish above Arsenal for the first time since 1994/95 with a 2-0 victory in the last north London derby at White Hart Lane.

Spurs controlled the first half, with Dele Alli heading wide from a few yards out and Christian Eriksen's close-range volley glancing off the crossbar.

But they did not let up after the break and Alli atoned for his earlier miss by firing in the opener on 55 minutes.

Within 146 seconds it was 2-0, with Harry Kane scoring from the penalty spot after being tripped by Gabriel.

The victory keeps Spurs within four points of Premier League leaders Chelsea, who won 3-0 at Everton on Sunday, while Arsenal remain sixth, six points adrift of fourth-placed Manchester City with a match in hand.