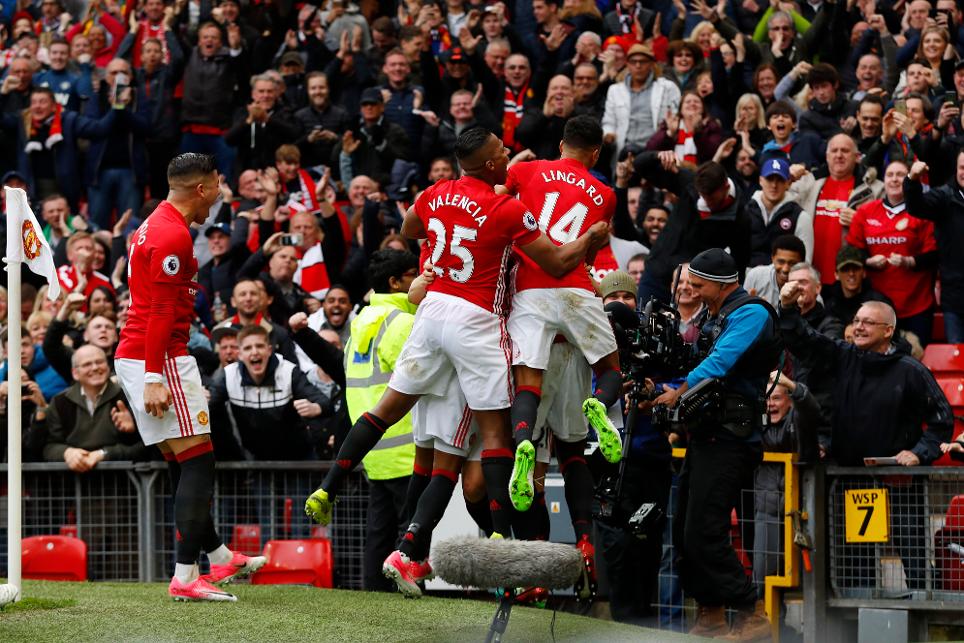 Manchester United’s 2-0 victory over Chelsea not only opened up the title race, it also powered one Fantasy Premier League manager to an astonishing Gameweek triumph.

Entering his “L3Gendary XI” line-up for the first time in Gameweek 33, Ibrahim Dirir’s confidence in Jose Mourinho’s men was to prove pivotal.

Rashford capitalised on a rare start up front to score the opening goal, while Herrera went on to produce 13 points – by far his biggest return of the campaign.

They were joined in Ibrahim’s line-up by a cast of fellow differentials.

Manchester City’s Vincent Kompany (£5.9m), owned by only 0.5% of FPL managers, delivered the highest individual score of the Gameweek with 14 points in the 3-0 win at Southampton.

Meanwhile, Ibrahim also chose to put faith in the 3.0%-owned Stoke City midfielder Xherdan Shaqiri (£6.0m), who supplied just his second double-figure score of the season in the victory over Hull City, contributing a further 13 points.

While those were risky acquisitions, Ibrahim took few chances with his captaincy.

But, with no chip in play and some extraordinary signings delivering big, Ibrahim was deserving of such luck.

As Manager of the Week, he earns a copy of FIFA 17, a Nike Ordem 4 match ball and an FPL mug, all packaged in a Fantasy Premier League rucksack.