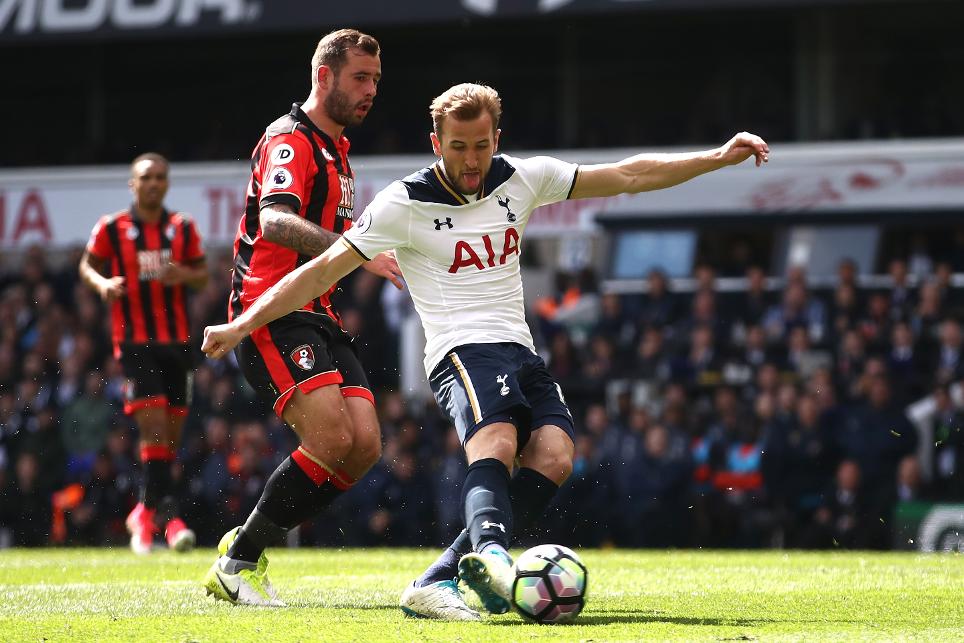 Harry Kane makes his return to Fantasy Premier League Dream Team as the lone forward in the Gameweek 33 line-up, equalling the record number of call-ups for the season.

The Watford goalkeeper earns his Dream Team bow after recording four saves to earn two bonus points in the 1-0 win over Swansea City. Walter Mazzarri’s side have kept a clean sheet in their last three matches at Vicarage Road ahead of a testing run-in.

The centre-back also makes a first Dream Team outing after claiming all three bonus points in the Swansea victory. However, with Miguel Britos (£4.3m) available after having served a two-match ban, Mariappa’s starting role will be under threat for the Gameweek 34 trip to Hull City.

The numbers behind a Man of the Match display from #watfordfc's Adrian Mariappa against @SwansOfficial! pic.twitter.com/PMc1YNmsSe

The West Ham defender is handed a second Dream Team call-up after scoring his second goal of the season in a 2-2 draw with Sunderland. Collins has picked up bonus points in each of his last two Gameweeks but, like Mariappa, his start will be challenged by Winston Reid's (£4.9m) potential return to contention for the visit of Everton in Gameweek 34.

Another Dream Team debutant, the Belgian produced the highest individual score of the Gameweek, with 14 points, thanks to a first goal of 2016/17, along with a clean sheet and two bonus points.

Saturday's 3-1 win over Burnley brought a third successive goal for the Everton defender, who has claimed a Dream Team berth in each of his last three Gameweeks. Returning 34 FPL points across that stretch, Jagielka is again the top target among defenders, with more than 27,000 transfers in ahead of a Gameweek 34 trip to West Ham.

A goal, an assist and maximum bonus points in the a 3-1 win over Hull City gives Shaqiri a second Dream Team appearance of the campaign. His other call-up also came against the Tigers back in Gameweek 9, when he registered his highest tally of the season with 15 points.

The Austrian forms a Dream Team pairing with team-mate Shaqiri after producing a goal and an assist in the victory over Hull. Earning a third appearance in the XI, Arnautovic has registered 10 shots from inside the box over the last four Gameweeks; a tally bettered only by Tottenham Hotspur’s in-form Son Heung-min (£7.3m and 13).

Tasked with man-marking Chelsea's Eden Hazard (£10.4m) in the 2-0 Old Trafford victory, Herrera also produced his best attacking performance of the season to register a goal and an assist. That was enough to earn a maiden call-up to the Dream Team and put the 1.1%-owned midfielder on the radar for Man Utd’s two Gameweek 34 fixtures.

Two assists and maximum bonus points from the win at Southampton earns the Belgian a fourth appearance. De Bruyne has drawn level with Tottenham Hotspur’s Christian Eriksen (£8.8m) on 16 FPL assists but has gone eight appearances without a goal.

The Brazilian's 11th goal of the season in Liverpool's victory at West Bromwich Albion lifted him into the top five for FPL midfielders and booked a sixth Dream Team selection. Firmino has produced a goal or an assist in his last six starts.

Acquired by more than 199,000 FPL managers for a White Hart Lane meeting with AFC Bournemouth, the Spurs striker provided an immediate 12-point haul. Since returning from a first ankle injury back in Gameweek 11, no FPL forward has fired more shots on target than Kane's 35.