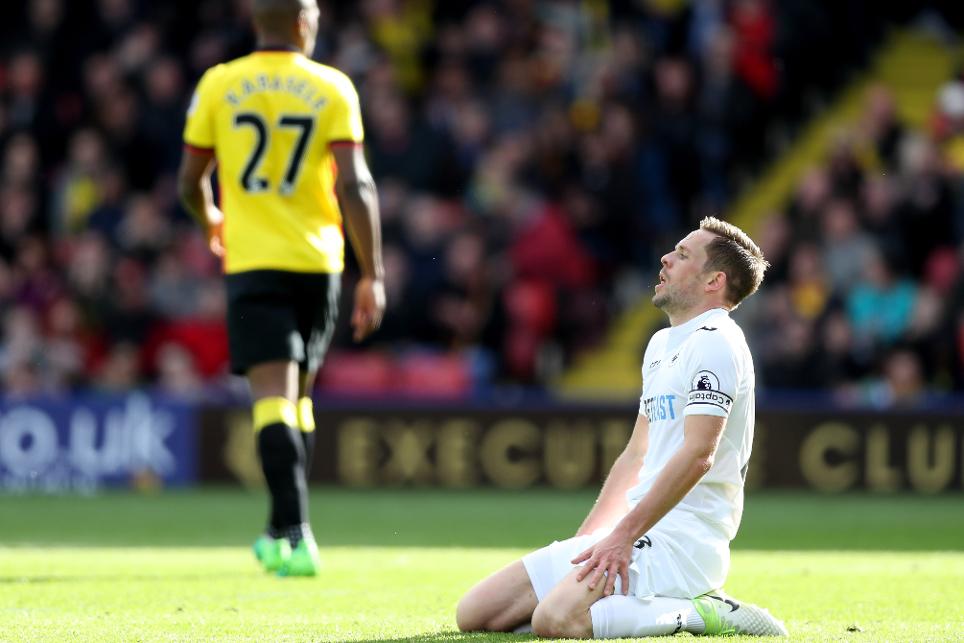 Llorente: We must keep our heads up for Stoke External Link

A first goal since Gameweek 12 for Etienne Capoue (£4.5m) steered Watford to a 1-0 win over Swansea City, but it was the Hornets' defence who dominated the Fantasy Premier League bonus points.

Making only a third appearance of the season, Adrian Mariappa (£4.0m) secured the maximum three with a Bonus Points System (BPS) score of 30.

The Watford defender contributed 11 clearances, blocks and interceptions (CBI) and completed 89% of his 55 attempted passes.

Holebas was rewarded for his two successful dribbles, one key pass and 13 recoveries.

HIGHLIGHTS: Watch all the best of the action from #watfordfc's 1-0 win over @SwansOfficial here: https://t.co/0ugp174j48 pic.twitter.com/3rMHjBD2VR

Capoue registered the highest score of 10.0 in the ICT Index at Vicarage Road.

The Frenchman tallied 47 for Threat, with three of his four shots arriving from inside the Swansea City penalty area.

Gylfi Sigurdsson (£7.6m) suffered a fifth successive blank, but was again Swansea's most impressive performer in the Index, totalling 8.8.

The playmaker scored 66 for Threat, producing six shots, with four arriving from inside the penalty area.

Despite his efforts, Sigurdsson has failed to deliver attacking points in any of his last five Gameweeks.

As a result, he has suffered more sales than any other FPL midfield asset since Saturday's deadline, with 25,000+ managers dumping him.

The return to the starting XI of Fernando Llorente (£6.2m) failed to improve Swansea’s fortunes in front of goal. Paul Clement's side have failed to score in four of their last five matches.

Sigurdsson's remaining 13.8% ownership will take comfort from the fact that, over the last four Gameweeks, his 14 shots on goal ranks third among midfielders. Only Tottenham Hotspur's Son Heung-min (£7.2m) and Christian Eriksen (£8.8m) have recorded more efforts (18 and 19) over that period.

A home fixture with Stoke City in Gameweek 34 could yet help to translate Sigurdsson's threat into points.

For Watford, Capoue’s first-half strike made it six goals and two assists this season.

Now available for his initial starting price of £4.5m, having peaked at £5.3m in Gameweek 8, Capoue could offer managers with a budget option for Gameweek 37, a Double Gameweek for Watford, albeit with tough trips to Everton and Chelsea.