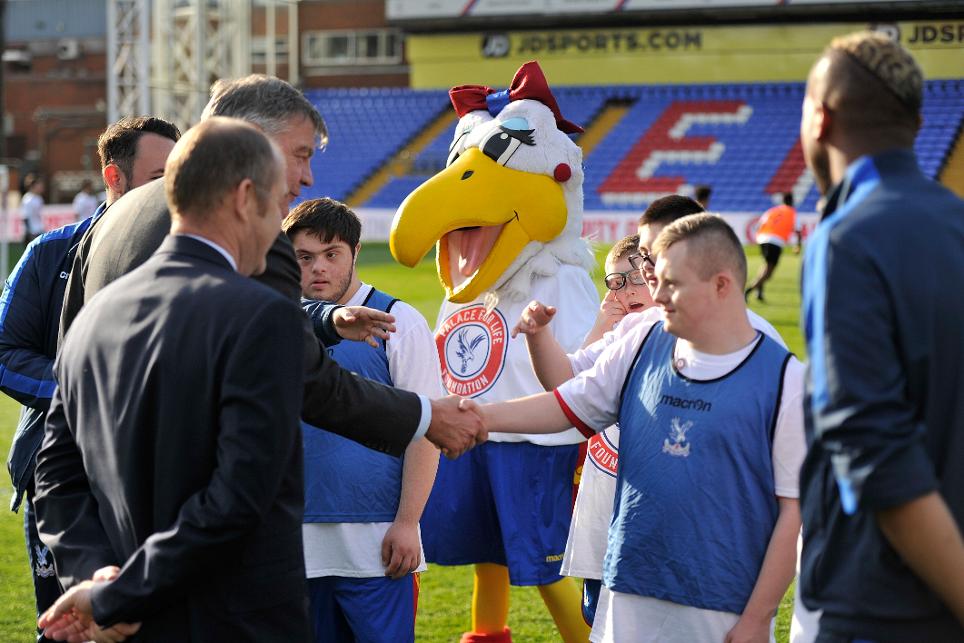 Warner: We Can Inspire The Youngsters External Link

Crystal Palace chairman Steve Parish has expressed his desire for the club’s relaunched Palace for Life Foundation to be the focal point of the community in south London.

"We hear fantastic stories from the great work that takes place already through our Foundation and for us, and all clubs, it comes originally from the work undertaken by the Premier League,” Parish said at the launch at Selhurst Park on Tuesday.

“They do a fantastic job creating a lot of programmes and then clubs up and down the country all contribute in their own way creating initiatives for their own communities throughout the year."

The club foundation was relaunched with the aim also of being less dependent on funding from the Premier League.

"We feel the Foundation that we’ve had for years have done some incredible work in the community, we probably haven't shouted enough about the work that goes on and more importantly not enough is done to raise more money for it,” Parish said. "Next year we will have a series of fundraising programmes.

"It needs to be understood that the more money that gets put into the projects means more that can be done with them.”

At the launch, the Foundation’s new chairman, Ed Warner, stressed the focus of where the community work would take place.

"We want to emphasise what this foundation is about: giving young people a better chance in life," Warner said.

Parish, Warner and Palace manager Sam Allardyce saw the work of the foundation showcased with sessions for PL Kicks and the Palace Downs Syndrome team, as well as hearing case studies of young people for whom the Foundation had played a key role in guiding them on the right path in life.

See: Parish on importance of Foundation