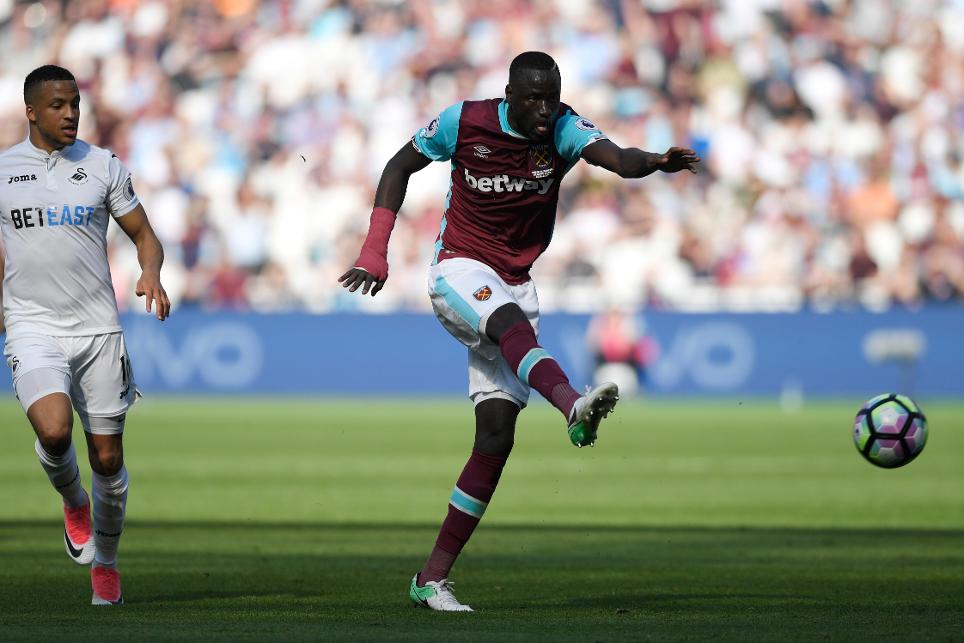 The hosts threatened twice through Manuel Lanzini's free-kicks, while Robert Snodgrass’s header was saved on the line by Lukasz Fabianski.

The Swansea goalkeeper also was forced to repel Andre Ayew’s shot but could do nothing to stop the winner, Cheikhou Kouyate’s 25-yard drive on the stroke of half-time.

Sam Byram fired wide on 55 minutes and Ayew was denied doubling the lead late on by Fabianski.