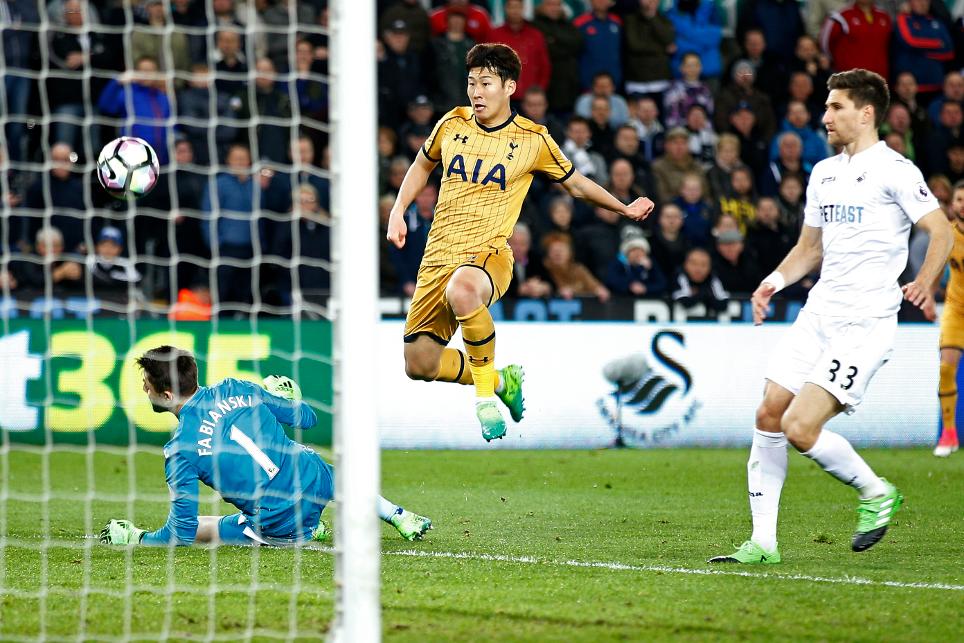 Home side Swansea went ahead when Jordan Ayew crossed for former Spurs winger Wayne Routledge to angle in a low drive past Michel Vorm.

We will keep on fighting and pushing, another great win ⚽️ #COYS pic.twitter.com/5ZiFGpHfo3

Mauricio Pochettino’s side finally broke down the resolute Swansea defence in the 88th minute, with Dele Alli, who has now been involved in 12 goals in 12 PL matches for Spurs in 2017, firing into an empty net.

In stoppage time Son and Eriksen struck to keep Spurs second and seven points behind Chelsea, while Swansea dropped into the relegatio zone, in 18th place.