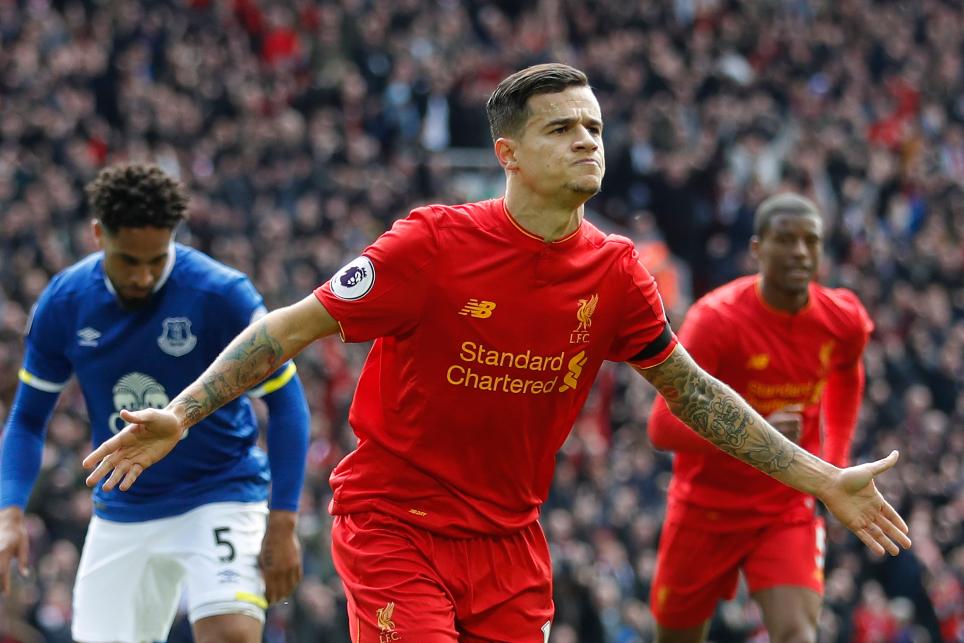 Report: Reds up to third with derby win External Link

Liverpool maintained their Merseyside derby dominance at Anfield with a 3-1 win over Everton.

Sadio Mane put the home team ahead after only eight minutes with a superb individual goal.

Matthew Pennington equalised for Everton on 28 minutes after Liverpool failed to clear a corner but the parity lasted less than three minutes as Philippe Coutinho restored Liverpool’s lead with a trademark curling shot.

Liverpool were dealt a blow after the break when Mane had to go off with an injury but his replacement, Divock Origi, made an instant impact, doubling the home team’s lead on the hour.

The win lifts Liverpool above Manchester City into third, level on 59 points with Tottenham Hotspur.

Man of the Match: Philippe Coutinho