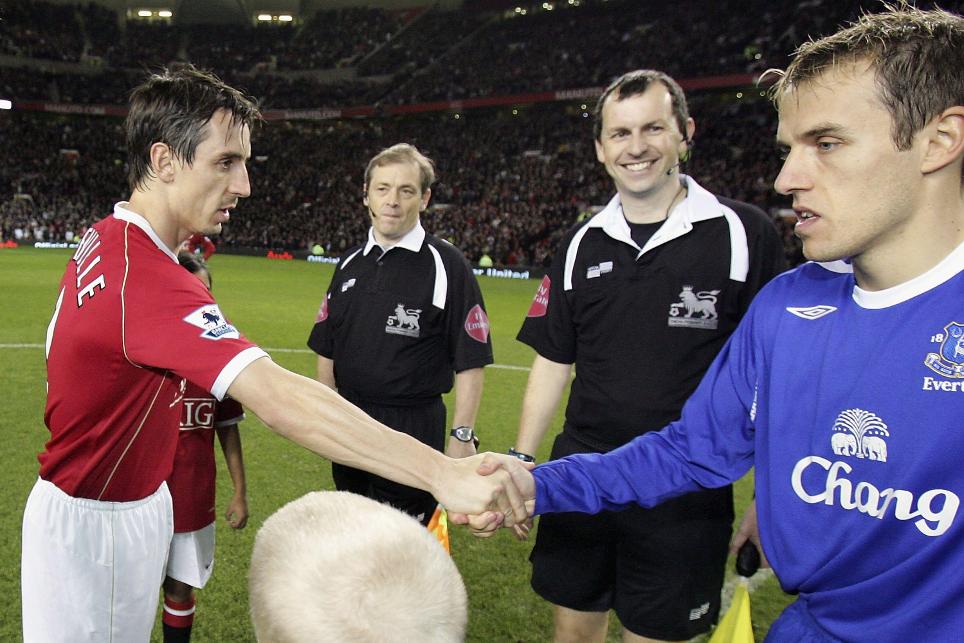 After being team-mates for many years, Gary and Phil Neville reflect on facing each other

When Manchester United visited Everton in February 2010, the teams were captained by Gary and Phil Neville. But there was little brotherly love on display in the Goodison tunnel.

Gary was in no mood to exchange pleasantries before kick-off, and stared straight ahead.

“It was the same with every other player I ever played with in every tunnel for 602 games,” he says. “It’s not the right time. After the game I can talk to them as much as I possibly want.”

The Nevilles also reveal in the video how Gary helped Phil on his way out from Old Trafford and Gary talks about what made him decide to retire.