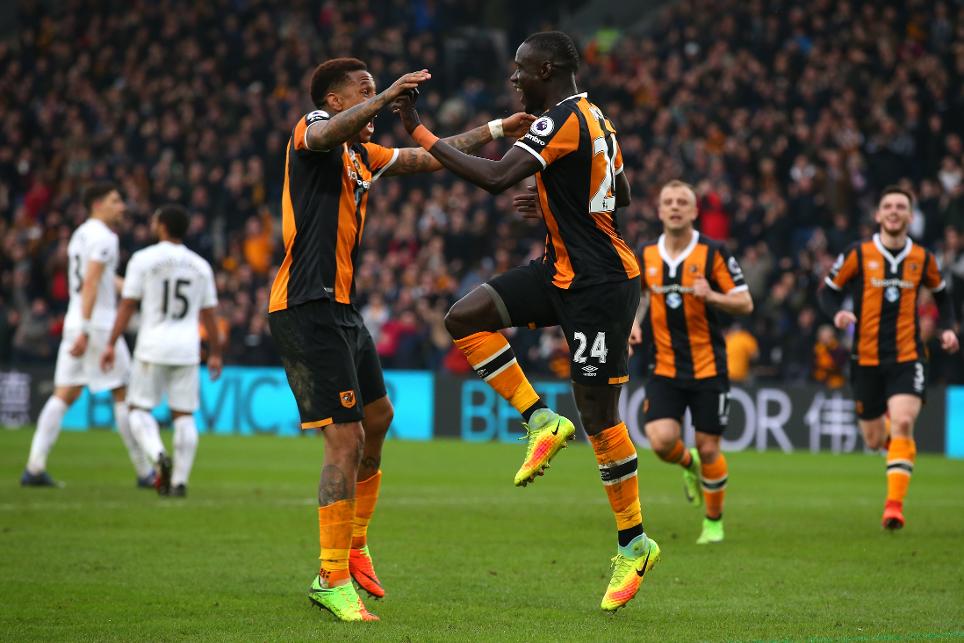 Who of the teams battling the drop have the toughest run-in? We look at their remaining matches

Hull City sit three points adrift of safety but their fans can take more hope of avoiding relegation than their rivals when they look at the side's remaining Premier League fixtures.

According to the Fixture Difficulty Rankings (FDR) used for Fantasy Premier League, Marco Silva's side have the most favourable run of fixtures of the bottom seven sides to the end of the season.

While Hull must travel to Manchester City and host Tottenham Hotspur their average FDR rating works out to 2.44, just ahead of Swansea City then Leicester City and Sunderland.

Crystal Palace have lifted themselves out of the bottom three with two consecutive wins but Sam Allardyce's team face the toughest run-in, averaging 3.3 in the FDR.

These matches include facing all of the present top six, of which four are away from home.