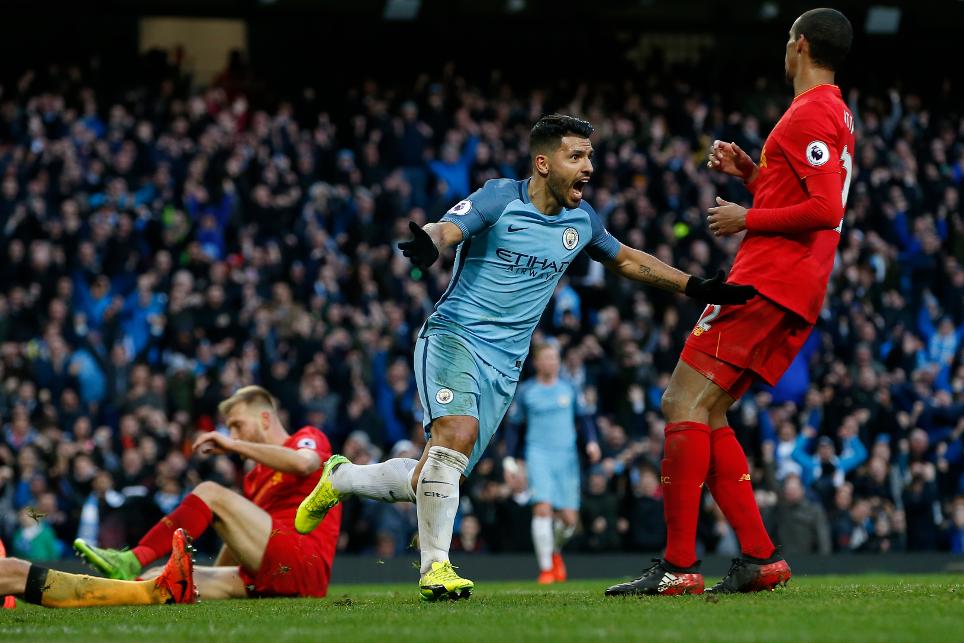 Lallana: Why I said sorry to my teammates after City draw External Link
Lukaku delivers for FPL millions

Scoring 35 in the Bonus Point System (BPS), the Belgian completed 76% of 72 attempted passes, with three of those leading to "big chances" and one earning an assist for Man City’s equaliser.

Liverpool’s James Milner (£6.4m) picked up two bonus points, thanks to a BPS tally of 29.

Milner scored his side’s opener via the penalty spot and also made three recoveries and five clearances, blocks and interceptions (CBI).

Team-mate Ragnar Klavan (£4.5m) was awarded a single bonus point, with 21 in the BPS.

He recorded 10 CBI and five recoveries in addition to completing 80% of 31 attempted passes.

The Argentinian’s BPS tally suffered as he was tackled on 10 occasions and missed the target with three of his shots on goal.

Aguero topped the ICT Index, though, with a score of 11.3.

The Man City striker fired five shots on goal, with four of those arriving from inside the Liverpool penalty area.

De Bruyne claimed second spot mainly due to an ICT Creativity tally of 66, which was joint-top for the Gameweek – he provided four scoring opportunities and the same number of successful crosses.

Sold by more than 118,000 FPL managers ahead of Gameweek 29, the Brazilian overcame a groin problem to register four shots – all from inside the penalty area – and earn the assist for Milner’s converted spot-kick.

Owned by 21.7% of FPL managers, Aguero’s equaliser took his tally to two goals and an assist in his last four Gameweek appearances.

But the striker has struggled to replicate his explosive early-season performances. After delivering double-figures in four of his first 11 outings, Aguero has failed to register more than seven points in his subsequent 11.

Nonetheless, with Harry Kane (£11.2m) on the sidelines and Zlatan Ibrahimovic (£11.4m) suspended for Gameweek 30, Aguero owners are likely to retain his services in the short-term as Man City face Arsenal.

Pep Guardiola’s men also have a promising schedule from Gameweek 32 onwards, with six of their final eight matches scoring only two in the Fixture Difficulty Rankings (FDR).

This includes a home encounter with West Bromwich Albion that is yet to be rescheduled, with Man City expected to play twice in a single Gameweek at a later date.

For Liverpool, Milner’s converted spot-kick was his seventh of the season.

Despite being utilised as a left-back by Jurgen Klopp, Milner’s penalty duties has helped him accrue 118 FPL points to emerge as the Merseysiders’ best value option in terms of points per million.

Encouragingly, the Reds now embark on a promising schedule over the run-in, with seven of their remaining nine matches scoring two in the FDR.

This could yet reignite the FPL potential of Firmino, Sadio Mane (£9.7m), Philippe Coutinho (£8.2m) and Adam Lallana (£7.0m), despite the fact that all four are among the top 12 most-sold midfielders ahead of Gameweek 30.