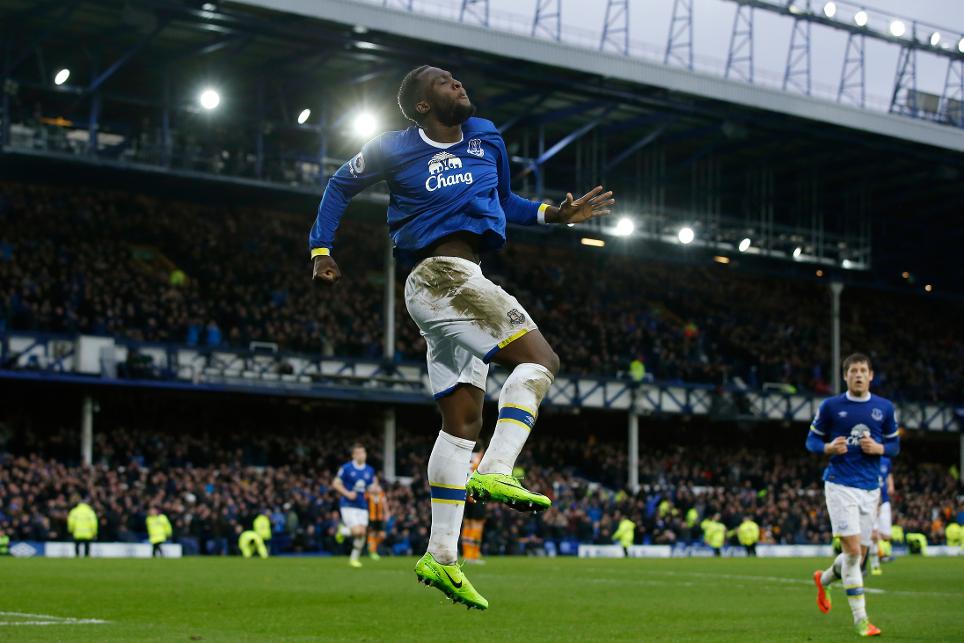 The Belgian also provided a pair of key passes and two successful dribbles, helping him tally 63 in the Bonus Points System (BPS).

Enner Valencia (£5.2m) picked up two bonus points with 37 in the BPS. He came off the bench to score the Toffees' second and provide the assist for the third.

Dominic Calvert-Lewin (£4.5m), who opened the scoring at Goodison Park, was tied on 32 in the BPS with Phil Jagielka (£4.6m) - both earned a bonus point apiece.

With an ICT Index score of 19.3, Lukaku registered the highest total of any player in Gameweek 29.

A Threat score of 83 was made up of six shots on goal, with four of those arriving from inside the Hull penalty area.

Lukaku is joint-top with Manchester United's Zlatan Ibrahimovic for shots on target over the season (43).

Ross Barkley (£7.1m) top-scored for Creativity with 44 in Saturday's contest, helping the Everton midfielder to a total 7.2 in the Index.

He completed more passes in the attacking third than any other player (18), providing three chances.

The most-captained player in Gameweek 29, a total of 1,084,108 FPL managers handed Lukaku the armband as he delivered at Goodison Park.

Saturday's 16-point haul means he has scored in each of his last six home encounters, amassing 71 points in the process.

But the striker now faces two testing away trips.

Everton have a Gameweek 30 derby encounter with Liverpool before making the trip to Old Trafford to take on Manchester United.

But, with two further enticing home fixtures to follow - against Leicester City and Burnley - Lukaku's ownership remains on the rise.

With more than 35,000 managers moving for his services ahead of the Anfield visit, he is now part of over two million squads and is the current top transfer target.

They have produced eight clean sheets from the last 12 Gameweeks, with Seamus Coleman (£6.1m) remaining the standout option.

For a second successive match, Jagielka was preferred alongside Ashley Williams (£5.2m) in central defence.

For Hull, head coach Marco Silva switched to a 5-4-1 formation on Merseyside, dropping Kamil Grosicki (£5.5m) to the bench.

Having claimed assists against Burnley and Leicester City, the winger was shaping up to be a promising differential ahead of a favourable run-in. He will push for a recall when Hull host West Ham United in Gameweek 30.

Striker Oumar Niasse (£5.6m) will return to contention for that match after he was ineligible to play against his parent club on Saturday.