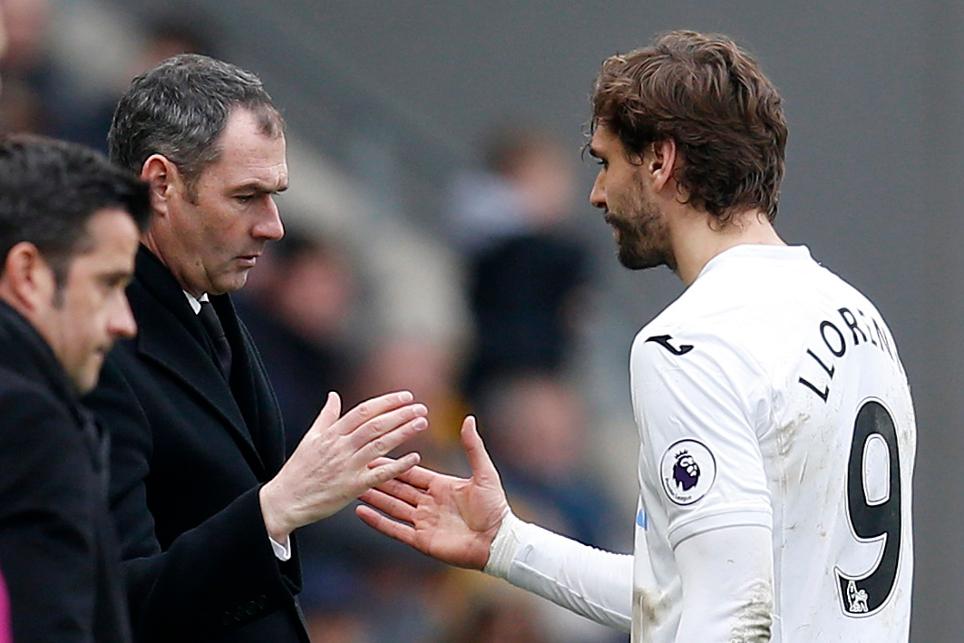 Fantasy Premier League managers have been boosted by the news that Swansea City’s Fernando Llorente (£6.5m) is in line to face AFC Bournemouth in Gameweek 29.

Llorente has been transferred out by more than 87,000 managers after limping off with a dead leg against Hull City, but looks set to lead the Swansea attack on the south coast.

The Spaniard returned five goals in as many Gameweek outings prior to Gameweek 28, with more than 375,000 snapping him up, only to be disappointed by a single-point return.

Five of Llorente's 11 goals this season have been headers and AFC Bournemouth's defence have shipped more headed goals (11) than any other side.

Tottenham Hotspur’s Kyle Walker (£6.4m) will be assessed ahead of a home encounter against Southampton due to a minor ankle problem.

A member of more than 1.6 million FPL squads, Walker is the top-owned defender but could give way to Kieran Trippier (£4.7m) for the Saints’ visit.

Spurs will also be without Harry Kane (£11.3m) with an ankle injury, with FPL midfielder Son Heung-min (£6.8m) potentially leading the attack after Sunday’s FA Cup hat-trick against Millwall.

Kane is the most sold FPL asset heading into Saturday’s 11.30am GMT deadline, having been moved out of 273,000+ squads.

Everton’s Leighton Baines (£5.7m) should be fit to face Hull City after returning to training on Thursday after a back problem that forced him off against West Bromwich Albion in Gameweek 28.

Baines’ 566,000+ owners gained only one point last weekend, as the Everton defence claimed a seventh clean sheet in their last 11 Gameweeks.

Manchester United are set to be without Paul Pogba (£8.3m) for Sunday’s encounter with Middlesbrough. The Frenchman is struggling with a hamstring injury sustained in the UEFA Europa League on Thursday.

United manager Jose Mourinho will also have to make do without the suspended Zlatan Ibrahimovic (£11.4m) and Ander Herrera (£6.3m).

Marcus Rashford is likely to deputise for Ibrahimovic up front, with Henrikh Mkhitaryan (£8.8m) in line to claim the No 10 role.

Sold by more than 71,000 managers after missing the 2-1 win over Burnley due to a groin injury, Roberto Firmino (£8.4m) remains a doubt ahead of Liverpool’s trip to Manchester City.

The Brazilian is expected to train before Sunday’s match, though, and may be in line to return up front to replace Divock Origi (£6.1m), who is suffering with illness.

Matt Phillips (£5.5m) is set to remain on the sidelines for West Brom's home encounter with Arsenal. Having missed the last three Gameweeks with a hamstring injury, he has been sold by more FPL managers than any midfielder since the previous deadline, with 77,000+ parting company.

Tony Pulis also has concerns over attacking midfielder James Morrison (£4.7m), who is struggling to overcome an ankle problem. This could mean that Chris Brunt (£5.1m) returns to the Baggies’ teamsheet after being dropped to the bench for the Gameweek 28 defeat to Everton.