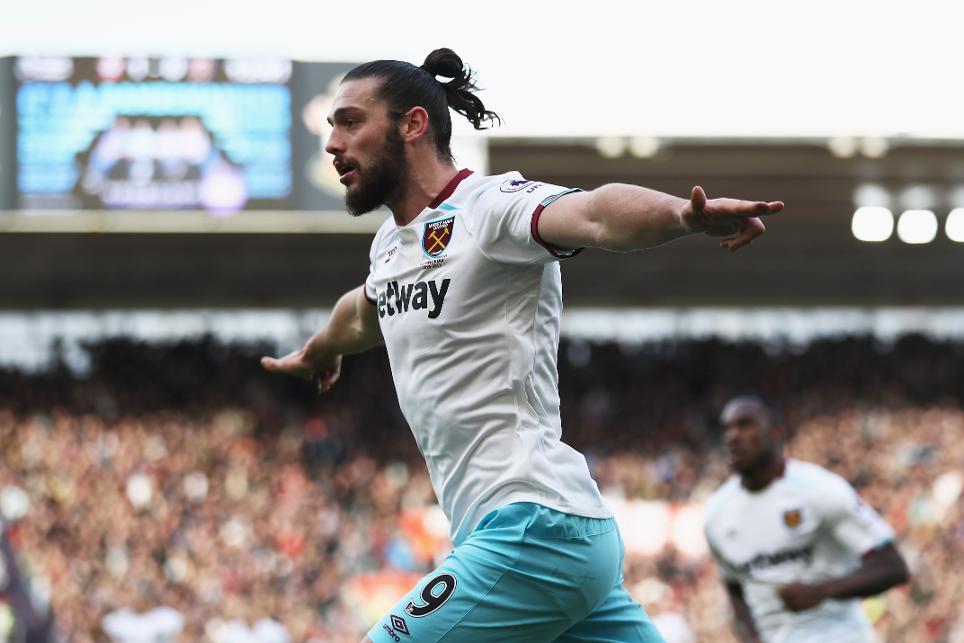 Carroll – I feel good External Link
FPL Show: 'I'm trying to win so I'm not in my team!'
Home form builds the case for Lukaku

This time around, with just eight Premier League teams in action, we turn to six of those sides to supply our select XI, trusting in a striker showing deadly home form, paired with a big number nine capable of testing a fragile AFC Bournemouth backline.

Joel Robles (Everton) £4.7m
The Spanish stopper gets the nod ahead of West Bromwich Albion's visit to Goodison Park. Robles has provided six clean sheets in ten starts since being established as Everton's number one - no FPL goalkeeper has returned more since Gameweek 17.

Seamus Coleman (Everton) £6.0m
The 3-2 defeat at Spurs provided a rare off-day for Coleman as an FPL asset: the right-back had returned either a clean sheet, goal or an assist in his previous seven Gameweeks. That consistency makes him an easy choice for the Baggies visit.

Nathaniel Clyne (Liverpool) £5.8m
The red half of Merseyside also provides a defensive acquisition, with Clyne our preferred option in Jurgen Klopp's back four. A clean sheet against Burnley is far from guaranteed but, having provided more chances (38) than any other defender this season, we can look to Clyne for potential attacking points.

Martin Olsson (Swansea City) £4.5m
While Alfie Mawson (£4.6m) has been our go-to option in the Swans back four in recent weeks, two goals in his last three outings has elevated Olsson in our thinking as a source of attacking points. His link with Gylfi Sigurdsson on the left will be vital to keeping the in-form Fernando Llorente (£6.5m) fed in the match against Hull City.

Gylfi Sigurdsson (Swansea City) £7.7m
The Icelander joins his full-back in our selection, offering FPL consistency that cannot be ignored ahead of the Hull trip. Sigurdsson has returned a goal or an assist in all but one of his last eight Gameweeks.

Kamil Grosicki (Hull City) £5.5m
The Polish winger lines up in opposition to Sigurdsson and will likely provide the big threat to the Swans. Since earning a first start in Gameweek 24, he has fired in more shots (nine) and created more chances (six) than any Tigers team-mate.

Sadio Mane (Liverpool) £9.6m
With three goals in his last two Anfield encounters, the in-form Senegal forward was an automatic pick for Sunday's encounter with Burnley. Mane has scored or assisted 38% (eight goals, five assists) of Liverpool's goals on home turf this term.

Philippe Coutinho (Liverpool) £8.2m
The Brazilian joins his team-mate in midfield, having fired 20 shots on goal in the last four Gameweeks, scoring at Leicester City in Gameweek 26. That signposts a return to form and we are backing a big tally against Sean Dyche's men.

Josh King (AFC Bournemouth) £5.5m
Whether deployed in the central striker role or as a Number 10, we are expecting King to provide the spark for the Cherries against West Ham United. No FPL midfielder has scored more goals than his tally of five since he claimed a regular starting role back in Gameweek 22.

Andy Carroll (West Ham United) £6.2m
The 90 minutes against Chelsea on Monday night suggest that the target man is back to full fitness. That is bad news for an AFC Bournemouth defence that has conceded more headed goals than any other backline. Carroll scored four times in as many outings prior to his recent groin injury.

Romelu Lukaku (Everton) £10.1m
The Belgian takes outstanding form into Saturday's Goodison Park encounter to face a West Bromwich Albion defence that has conceded in all of their last 12 away matches. Scoring in his last four at home, notching seven goals, Lukaku sports our armband for Gameweek 28.