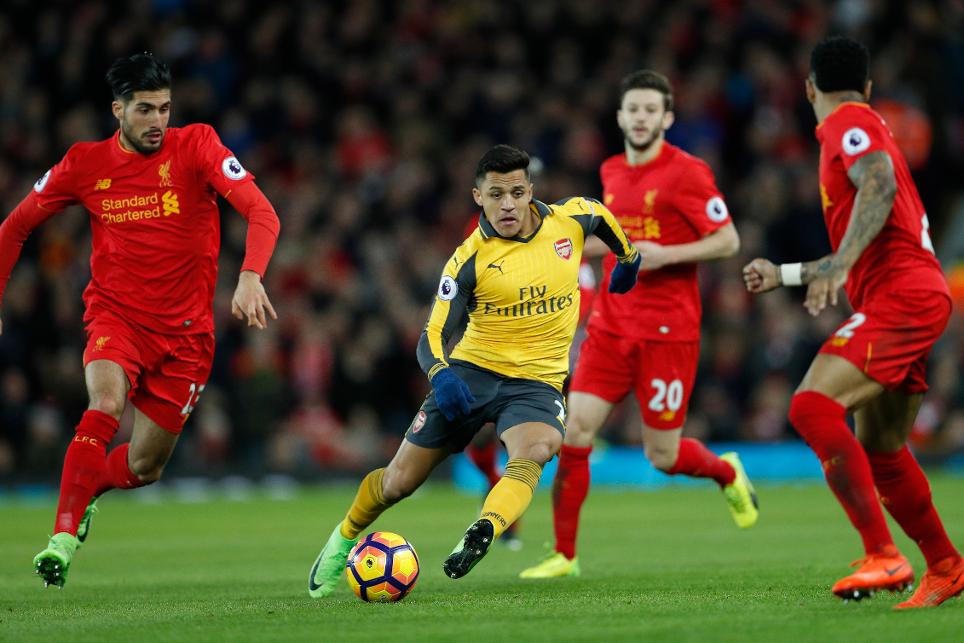 'We have to say sorry to the fans' External Link

Arsenal's exit from the UEFA Champions League on Tuesday delivered a blow to their confidence, as thousands of Fantasy Premier League managers now weigh up a return for Alexis Sanchez (£11.5m).

The top-scoring asset on 187 points, it seems almost unthinkable to look beyond the Chilean and yet, with Arsenal sitting out both Gameweeks 26 and 28, he has suffered significant recent sales.

Sanchez has been moved on by more than 173,000 FPL managers over the past three Gameweeks, with his ownership dropping to 1.24 million, having reached the heights of 1.65 million back in Gameweek 23.

He has been a victim of the rush for Manchester City assets ahead of their two Gameweek 27 fixtures, with Raheem Sterling (£7.9m), in particular, gaining a legion of new owners - more than 332,000 prior to last weekend.

Involved in an FA Cup quarter-final tie with Lincoln City on Saturday, Sanchez will return to the FPL reckoning for Gameweek 29, with Arsenal making the trip to West Bromwich Albion.

While many FPL managers will have planned to return for Sanchez in time for the Baggies' visit, recent events have changed the outlook somewhat.

Arsene Wenger's decision to bench his star asset for the Gameweek 28 trip to Liverpool issued a reminder that the likes of Olivier Giroud (£8.2m) and Danny Welbeck (£7.3m) remain options open to the Arsenal manager.

Sanchez will likely enjoy consistent pitch-time from this point on, but his role as Arsenal's central striker is certainly in doubt.

In addition, confidence in the Arsenal camp is in question following the defeat to Liverpool and the two-leg European loss to Bayern Munich.

Should Sterling and team-mate Leroy Sane (£7.6m) impress for Man City in Wednesday's meeting with Stoke City, there will be increased doubts surrounding Sanchez's immediate return to FPL squads.

With the Liverpool midfield providing points and Chelsea's Eden Hazard (£10.2m) in fine form home and away, there are plenty of worthy midfield candidates.

Sanchez has to remain a key target, particularly with Arsenal likely to face at least one "double Gameweek", before the season is out.

But Tuesday's defeat provided a further setback that could yet put Sanchez' expected rise in FPL ownership on ice.