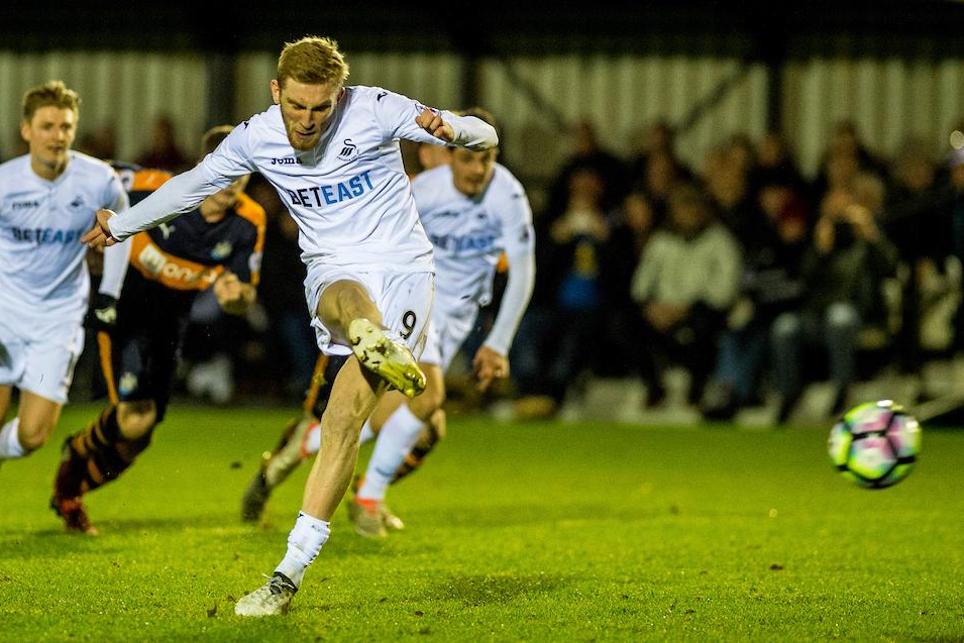 Needing a victory to overtake Southampton for the second of two qualification spots from Group A, Oli McBurnie opened the scoring with a volley on the half-hour mark.

George Byers tapped in from a Daniel James soon after half-time, McBurnie netted his second goal from the penalty spot and Jordan Garrick added a fourth in stoppage time.

Swansea could clinch the Premier League 2 Division 2 title in their next match, a home encounter with Wolverhampton Wanderers at the Liberty Stadium on Monday 13 March.