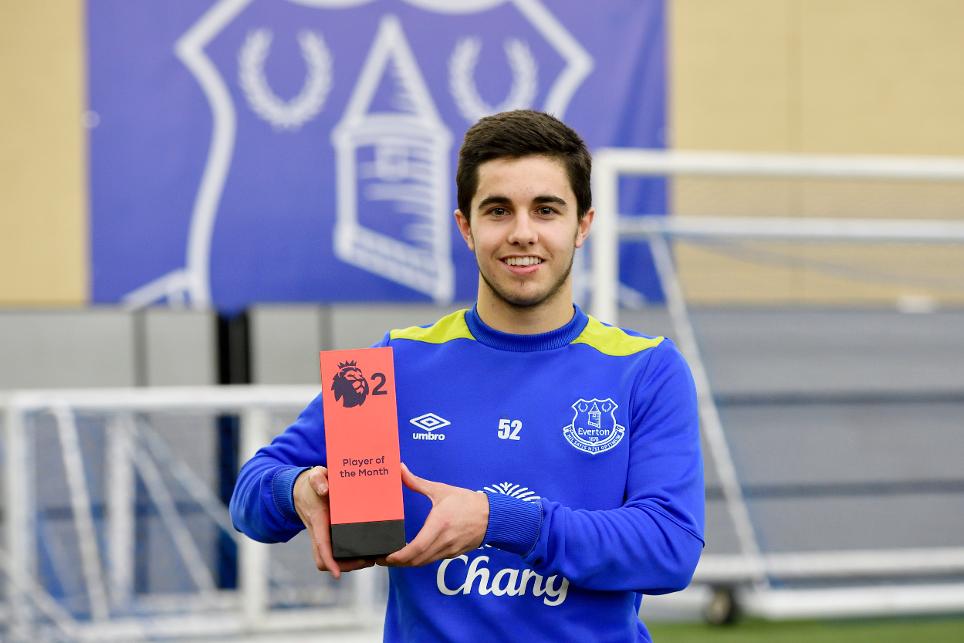 Everton's Liam Walsh has been named the Premier League 2 Player of the Month for February.

"I'm very happy," the 19-year-old midfielder said after receiving the award. "I've been pushing for the first team and the only way I can do that is by playing [in Premier League 2]."

🏆 | Congratulations to @liamwalsh_6, who has been named as the #PL2 Player of the Month for February! #EFCU23 👏👏👏 pic.twitter.com/d43vc6HD7b

Walsh helped Everton take a step towards the PL2 Division 1 title, playing in wins over Arsenal and Southampton as David Unsworth's side maintained their lead over Manchester City.

In the 2-0 win over Southampton he scored the opening goal at Goodison Park.

Walsh was selected by a panel of the Premier League Football Development from a shortlist generated by a poll of all the PL2 managers, who nominated the best individual performance from their opponents throughout the month.