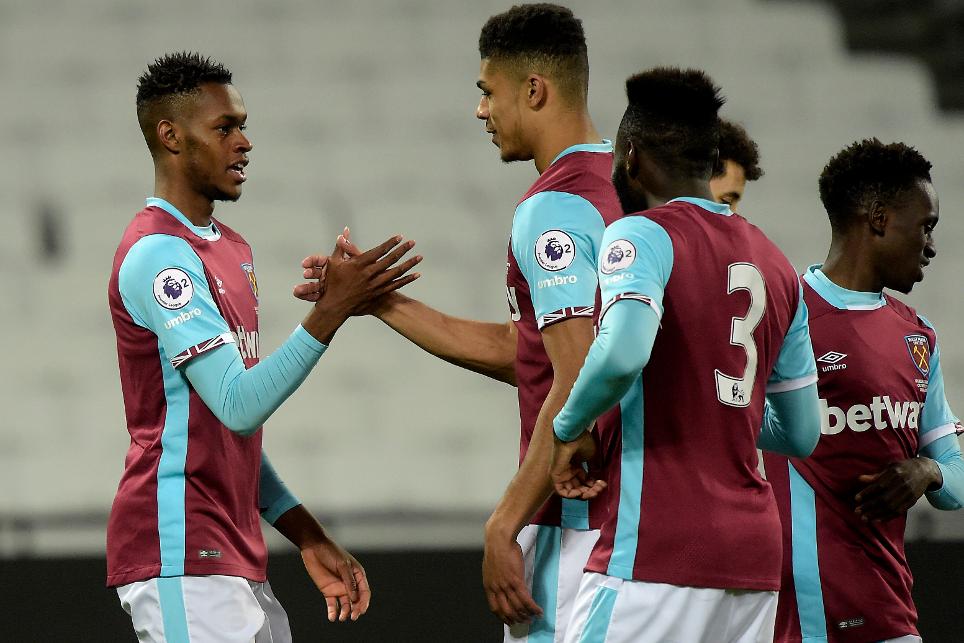 Edimilson Fernandes scored for West Ham United as they remained in the Division 2 play-off places despite Stoke City earning a 1-1 draw at London Stadium.

Fernandes, who came on as a substitute in Monday's Premier League match with Chelsea, struck in the fifth minute after good work by Ashley Fletcher.

Julien Ngoy equalised for Stoke with a penalty. The point lifted them up two places to tenth, above Middlesbrough and Norwich City on goal difference.

The Hammers stay in the fifth place - the final play-off position. They are three points clear of Aston Villa with three matches remaining.

"The point is another step towards finishing in the play-offs."

West Ham are back in action on Monday when they visit Newcastle United, while Stoke entertain Norwich on Saturday afternoon.