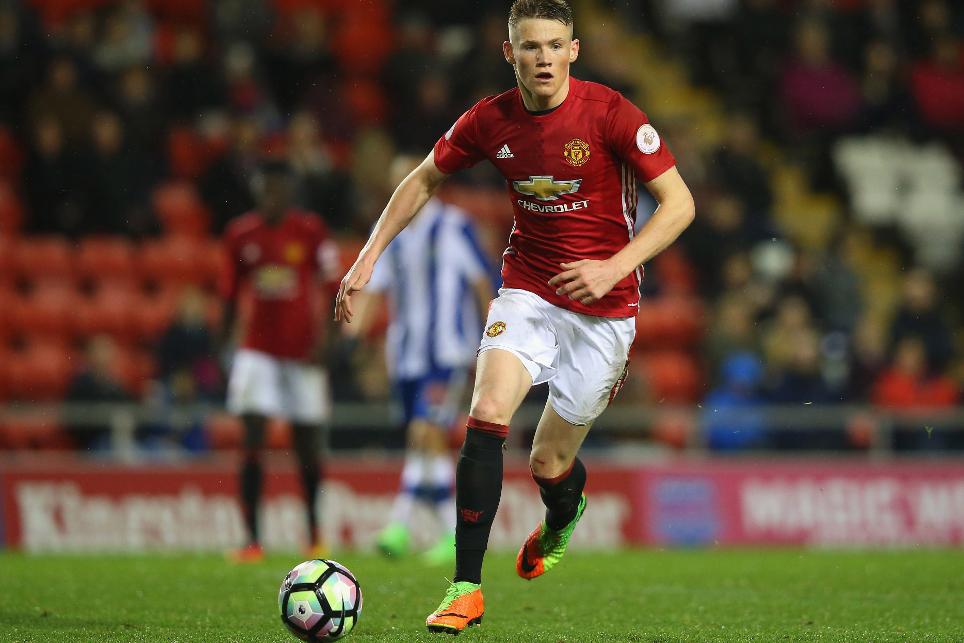 Manchester United beat Sunderland 3-1 at Eppleton Colliery Welfare and put distance between themselves and the Division 1 relegation zone.

Demi Mitchell, with a penalty, and Scott McTominay (pictured above) put Nicky Butt's side 2-0 up at the break and Devonte Redmond increased the lead in the 71st minute.

United's Regan Poole was shown a red card for his second bookable offence in stoppage time before Sunderland, for whom Jan Kirchhoff made his comeback from injury, pulled one back through George Honeyman.

Read a full report as Nicky Butt’s side clinched a valuable away victory with Scott McTominay among the scorers: https://t.co/Qg7C5Ztn3E

United are now two points above the relegation zone but have three clubs between them and the bottom two, and are one point and one place below the Black Cats.

Sunderland host Leicester City at the Stadium of Light in their next match on Sunday, while United entertain Southampton at Old Trafford the following day.