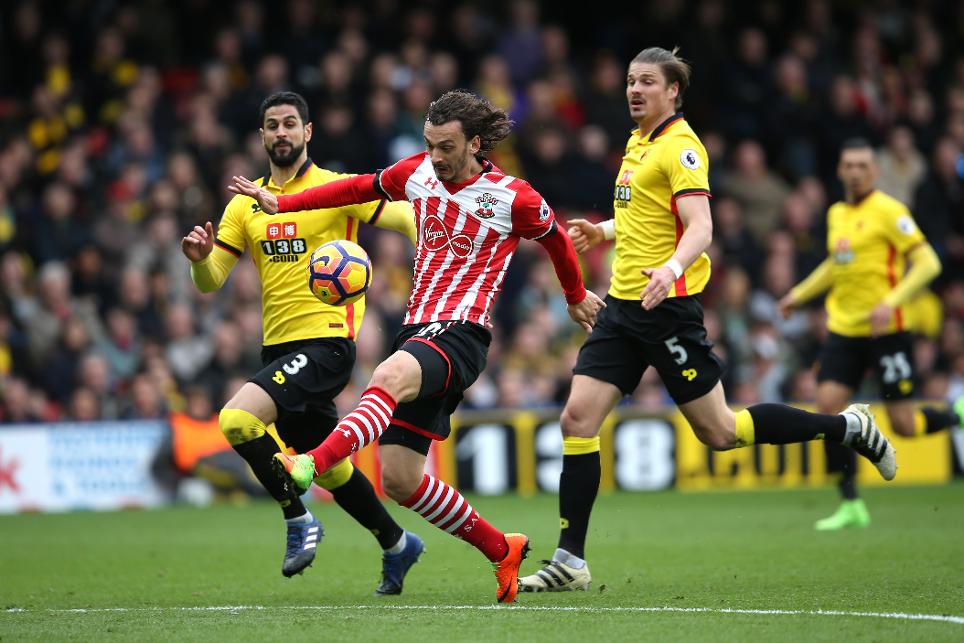 Manolo Gabbiadini became the first Southampton player to score in his first three Premier League matches as the Saints triumphed 4-3 in a thriller at Watford.

Walter Mazzarri’s hosts took the lead in the fourth minute thanks to Troy Deeney’s left-footed volley, but Dusan Tadic equalised before setting up Nathan Redmond as Southampton took a 2-1 lead into the break.

Stefano Okaka levelled for Watford with 11 minutes left, but Gabbiadini promptly put the visitors back in front and Redmond doubled his tally for the day.

Abdoulaye Doucoure pulled a goal back for Watford in a frantic finish but Southampton won to leapfrog their hosts, climbing three places to 10th, while the Hornets have slipped a place to 13th.