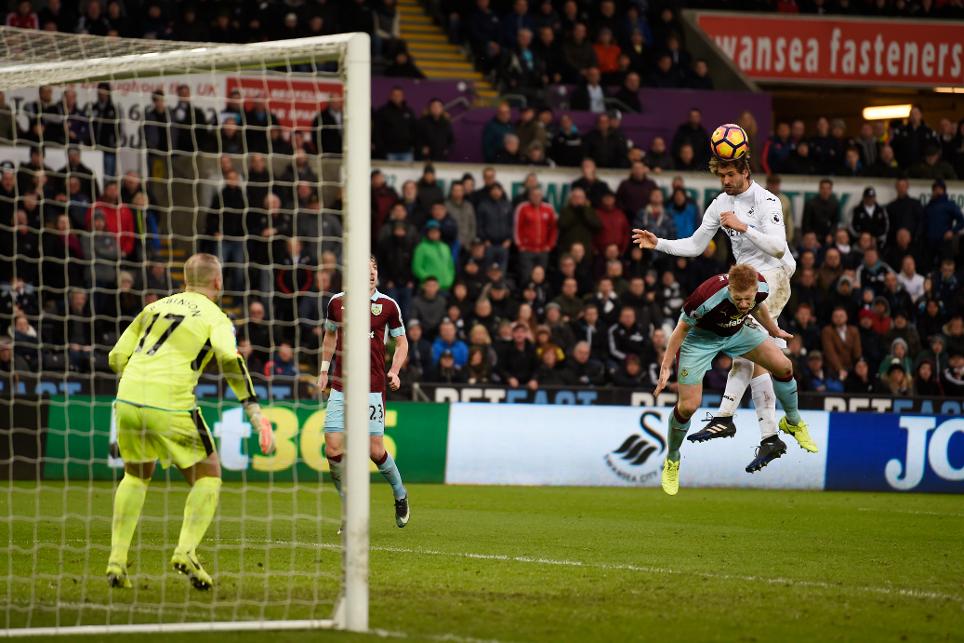 Fernando Llorente scored in stoppage time as Swansea City came from behind to beat Burnley 3-2.

Llorente's header opened the scoring after 12 minutes but Andre Gray levelled from the penalty spot after a handball.

Gray's second of the match put Burnley on course for their first away win of the season, until Martin Olsson made it 2-2 after a Gylfi Sigurdsson backheel put him through.