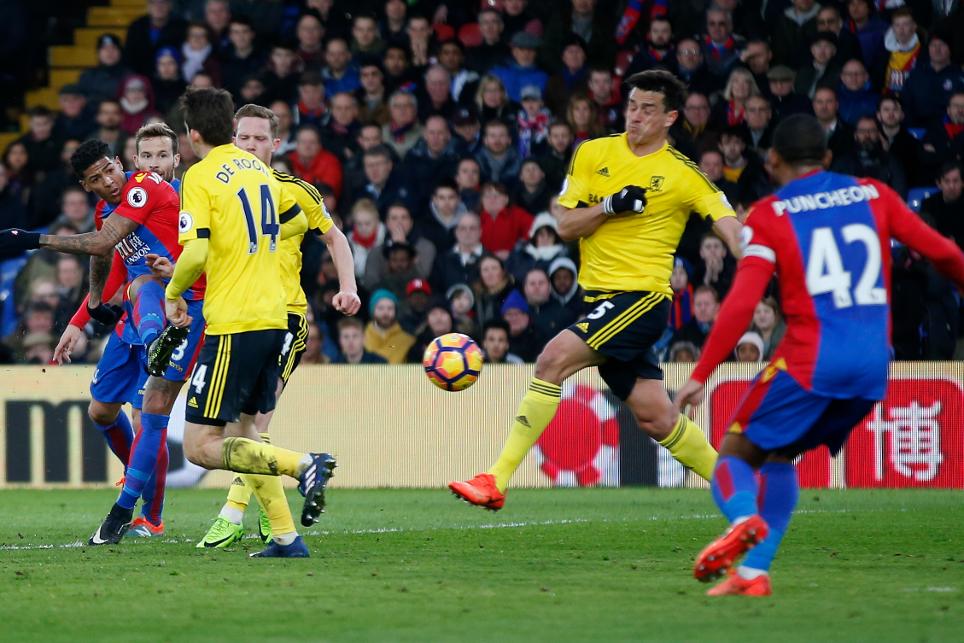 Sakho: It Was 12 against 11 Thanks To Our Fans External Link

The Dutchman coupled his first half-strike with two key passes and an open-play cross to score 35 in the Bonus Points System (BPS).

The Welshman made four saves and seven recoveries to keep Boro at bay, recording 29 in the BPS.

Seven clearances, blocks and interceptions along with five recoveries earned the centre-back a BPS score of 27.

While Van Aanholt provided the decisive goal, it was striker Christian Benteke (£7.2m) who topped the ICT Index.

The Belgian generated a Threat score of 77, the highest tally at Selhurst Park and over Gameweek 26 so far, and an overall Index tally of 10.1.

He fired in six shots on goal, all from inside the penalty area.

The Frenchman contributed two shots on goal, both from inside the box and supplied two chances for team-mates, including the assist for the Palace goal.

Van Aanholt again showed why he is a defender with a real attacking threat in Fantasy.

After netting six goals in the 2015/16 FPL campaign, he has four to his name this season, providing the same number of double-digit point hauls.

Always a viable short-term option when the fixtures fall favourably, FPL managers should look ahead to future home matches with Watford, Leicester City and Burnley when considering a next move for the full-back.

But Palace miss Gameweek 28 due to FA Cup postponements and endure a very testing run-in.

Manager Sam Allardyce must take his side to Chelsea, Liverpool, Manchester City and Manchester United, while Palace also host Arsenal.

But he would have been encouraged by Mamadou Sakho's (£4.7m) debut in the back four, with the Liverpool loanee now providing a further defensive option.

Tomkins’ starting role is now in question, with Scott Dann (£5.2m) expected to earn a recall for the trip to West Bromwich Albion having only been fit enough to make the bench on Saturday.