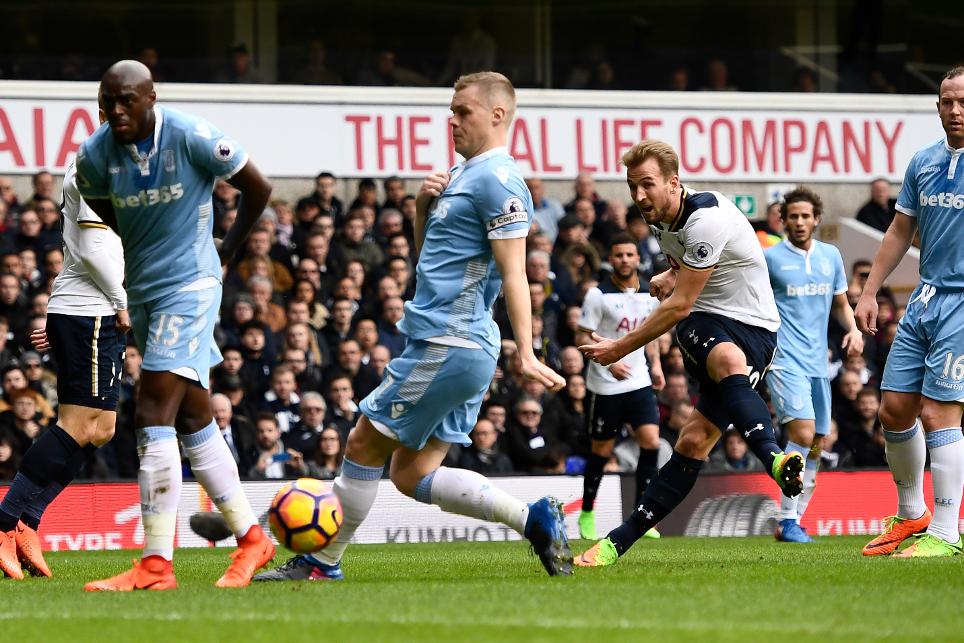 In the race for the Premier League Golden Boot Harry Kane will be aiming beyond the 25 goals he scored last season, Les Ferdinand believes.

A hat-trick from Kane helped Tottenham Hotspur to a 4-0 win over Stoke City and made him joint leading scorer in the competition with 17 goals, alongside Alexis Sanchez and Romelu Lukaku.

Ferdinand, a former Spurs striker, feels Kane’s mentality, as well as his ability to score different goals, will have him looking to improve on last season’s mark.

“He will score all sorts,” Ferdinand said. “The one inside the six-yard box; the one outside the box; headers; and he takes penalties as well!”

Asked who will win the Golden Boot, Andy Townsend believes two players will be the last men standing.

"I think Kane or [Diego] Costa will end up top scorer," the former Chelsea, Aston Villa and Middlesbrough midfielder said.