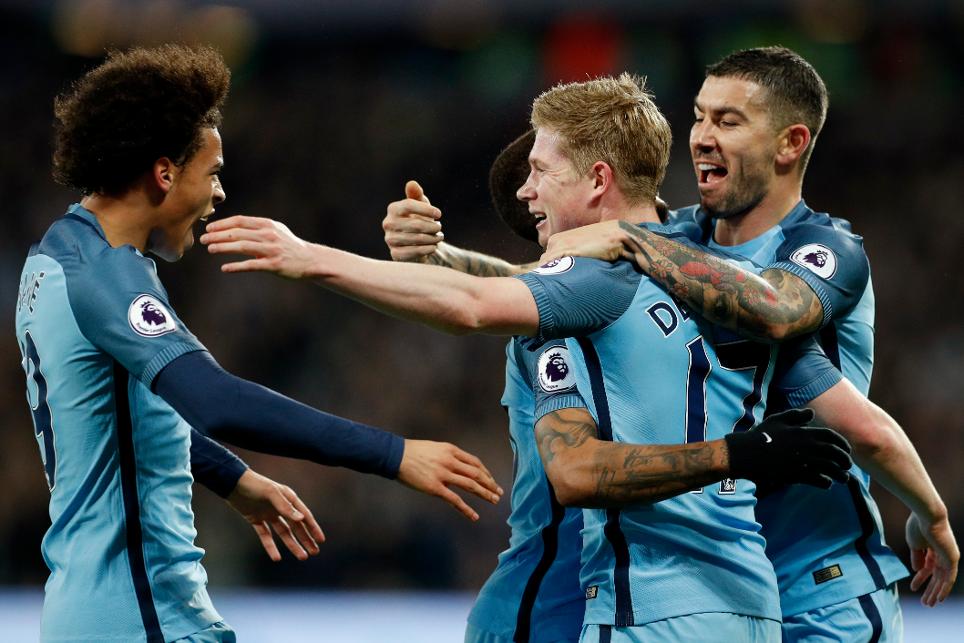 Short-term interest in Manchester City's Fantasy Premier League assets has been revived by the news that Pep Guardiola's team could have two fixtures in Gameweek 27.

FPL managers were advised to hold off investing in City due to missing Gameweeks in the near future.

But Fantasy players are now on alert after the possibility of a Double Gameweek for City was confirmed.

If Guardiola's men win their FA Cup fifth-round replay with Huddersfield Town on 1 March to progress to the quarter-finals, their Gameweek 28 fixture against Stoke City on 11 March will be postponed.

That match with Stoke will move forward to Wednesday 8 March, shifting it from a Gameweek 28 fixture to Gameweek 27.

This would mean a double Gameweek 27 for City, with a trip to Sunderland on 4 March followed by the visit of Stoke.

This development is hugely significant for FPL managers planning ahead of this weekend's fixtures.

With City's scheduled opponents Manchester United involved in the EFL Cup final, Guardiola's men are without a Gameweek 26 match.

However, should they beat Huddersfield, their is huge potential in the City squad for Gameweek 27.

Owners of City assets will be tempted to retain them through this weekend and, once their FA Cup fate is decided, there could be a rush for their attacking options.

After a midweek brace in the UEFA Champions League,  Sergio Aguero (£12.7m) would become a major draw.

However, managers must also consider that, should this scenario unfold, City would still be without a fixture in Gameweek 28.

No matter what, FPL managers will be paying close attention to the result of their FA Cup replay.